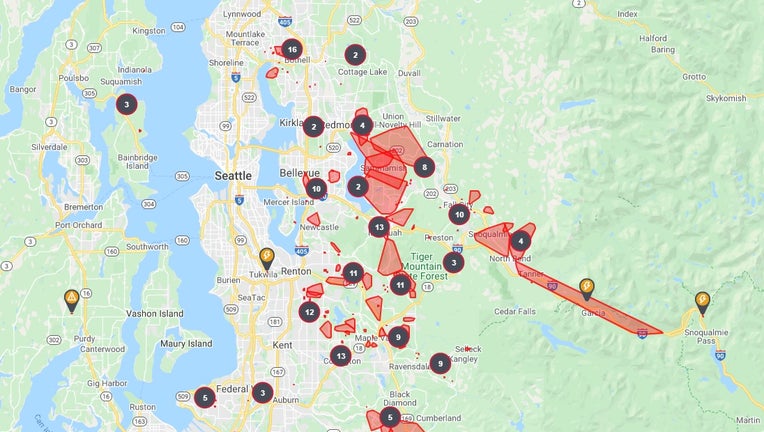 SEATTLE - Tens of thousands of people were left in the dark after a major storm moved through the Pacific Northwest, and crews continue to assess damages from the weekend’s storm.

The combination of strong winds, wet soil from the rain, and stressed trees that still have their leaves all mix into a scenario where trees fall more easily and branches can break away and hit power lines.

On Monday morning, the South Park bridge was closed because of downed power poles and wires.

On Monday morning, the South Park bridge was closed because of downed power poles and wires.

On Sunday afternoon, a falling tree crushed a car and killed two people near Preston.

Later in the evening, crews with Eastside Fire and Rescue responded to a barn collapse near North Bend. Officials said the collapse was weather-related.

Due to the power outage, some traffic lights aren’t functioning. Police are reminding drivers to treat all intersections as a four-way stop.