LOS ANGELES - NASA has unveiled the "first-of-its-kind" footage showing the moments the Perseverance rover touched down on Mars. The footage includes never-before-seen images and audio of the Red Planet.

On Friday, the world got its first close-up look at a Mars landing when the Perseverance rover successfully touched down near an ancient river delta, where it will search for signs of ancient life and set aside the most promising rock samples for return to Earth in a decade.

New video released Monday by NASA chronicles the historic milestone of the final minutes of the rover’s entry and landing. 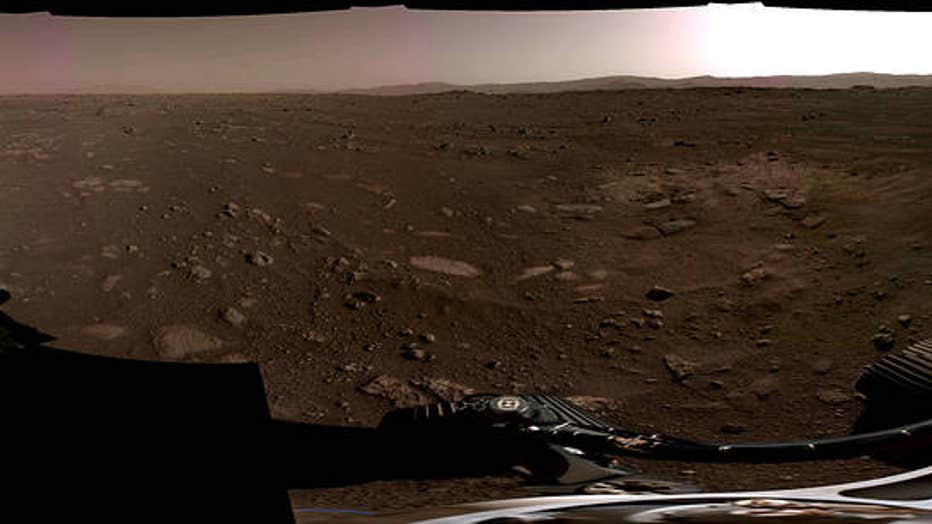 Panorama, taken on Feb. 20, 2021, by the Navigation Cameras, or Navcams, aboard NASA’s Perseverance Mars rover.

"From the moment of parachute inflation, the camera system covers the entirety of the descent process, showing some of the rover’s intense ride to Mars’ Jezero Crater," NASA said in a press release.

While one microphone attached to the rover did not collect any usable data during the machine’s decent, NASA says an off-the-shelf device survived capturing the sound of a Martian breeze which is audible for several seconds as well as the mechanical sounds of the rover itself. 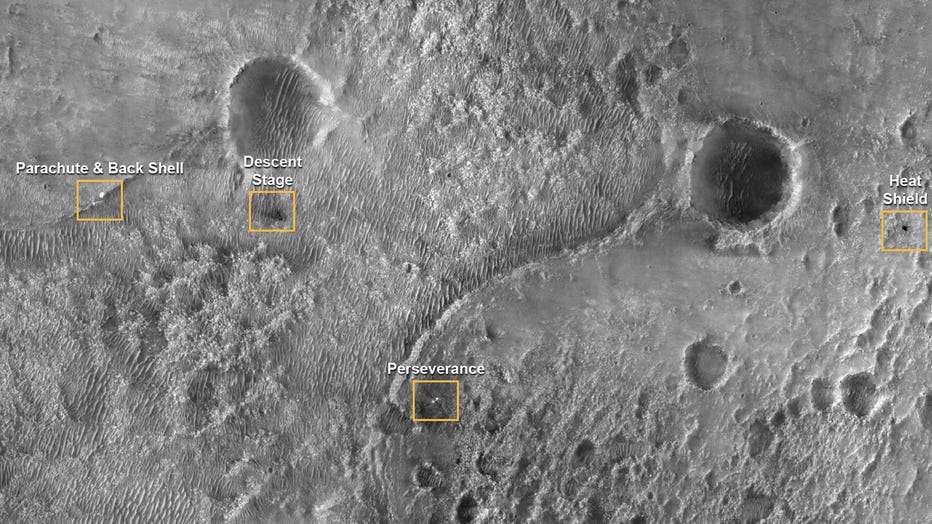 "For those who wonder how you land on Mars – or why it is so difficult – or how cool it would be to do so – you need look no further," said acting NASA Administrator Steve Jurczyk. "Perseverance is just getting started, and already has provided some of the most iconic visuals in space exploration history. It reinforces the remarkable level of engineering and precision that is required to build and fly a vehicle to the Red Planet."

In the video, the rover is shown in extraordinary detail slowly approaching the Martian surface while NASA scientists nervously watch the historic event. The machine can be seen being lowered by cables attached to an overhead sky crane as the red dust blows away by rocket engines.

NASA's Jet Propulsion Laboratory in Pasadena, California, has been promising more photos in the next few days and possibly also an audio recording of the descent.

A number of thumbnail images have been beamed down so far, too many to count, said Pauline Hwang, strategic mission manager for surface operations. "The team went wild" at seeing these first pictures, she said.

NASA scientists say this footage is the closest one can get to experiencing a Mars landing themselves.

"This video of Perseverance’s descent is the closest you can get to landing on Mars without putting on a pressure suit," said Thomas Zurbuchen, NASA associate administrator for science. "It should become mandatory viewing for young women and men who not only want to explore other worlds and build the spacecraft that will take them there, but also want to be part of the diverse teams achieving all the audacious goals in our future."

It's the ninth time that NASA has successfully landed on Mars.

As it did with 2012's Curiosity rover — still roaming 2,300 miles away — NASA's Mars Reconnaissance Orbiter photographed Perseverance descending beneath its massive parachute. In each case, the spacecraft and chute resembled specks. 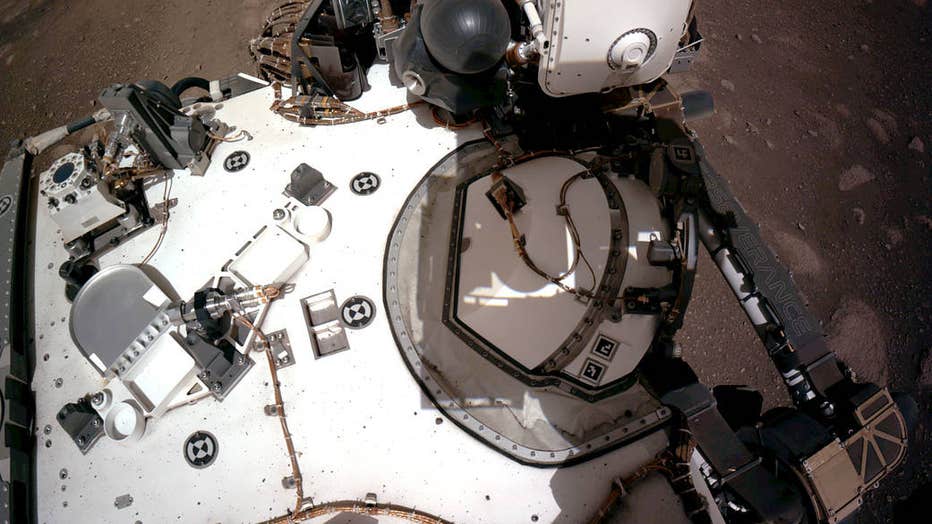 The Navigation Cameras, or Navcams, aboard NASA’s Perseverance Mars rover captured this view of the rover’s deck on Feb. 20, 2021.

Curiosity's cameras caught a stop-motion movie of the last two minutes of its descent, but the images were small and fuzzy. NASA loaded up the heftier Perseverance and its descent stage with more and better cameras, and made sure they were turned on for the entire seven-minute plunge through the Martian atmosphere.

China will attempt to land its own much smaller rover in late spring. It’s been orbiting Mars for one and a half weeks. The United Arab Emirates also put a spacecraft into Martian orbit last week.