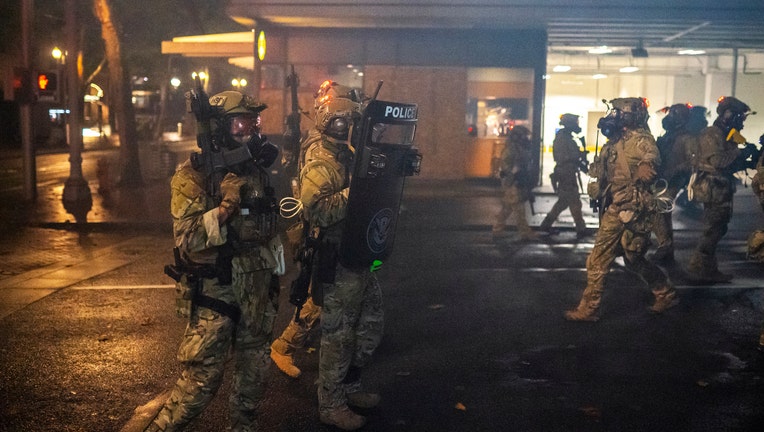 PORTLAND, OR - SEPTEMBER 23: Federal officers disperse a crowd on September 23, 2020 in Portland, United States. Violent protests erupted across the nation Wednesday following the results of a grand jury investigation into the police shooting death o

PORTLAND (AP) - Protesters in Portland hurled Molotov cocktails at officers in Oregon’s largest city during a demonstration over a Kentucky grand jury’s decision to not indict officers in the fatal shooting of Breonna Taylor, police said Thursday. Thirteen people were arrested.

Police and the protesters clashed as demonstrators in cities around the U.S. raged against a criminal justice system they say is stacked against Black people. In Taylor’s hometown of Louisville, gunfire rang out and wounded two police officers.

RELATED: Seattle protests: Officer hit with baseball bat; another police officer ran over a man with his bicycle

The protesters in Portland Wednesday night also threw rocks that shattered windows at a law enforcement precinct station, targeted the station with projectiles fired from slingshots, police said in a statement. The Oregonian/Oregonian Live said they set an awning at the station on fire. 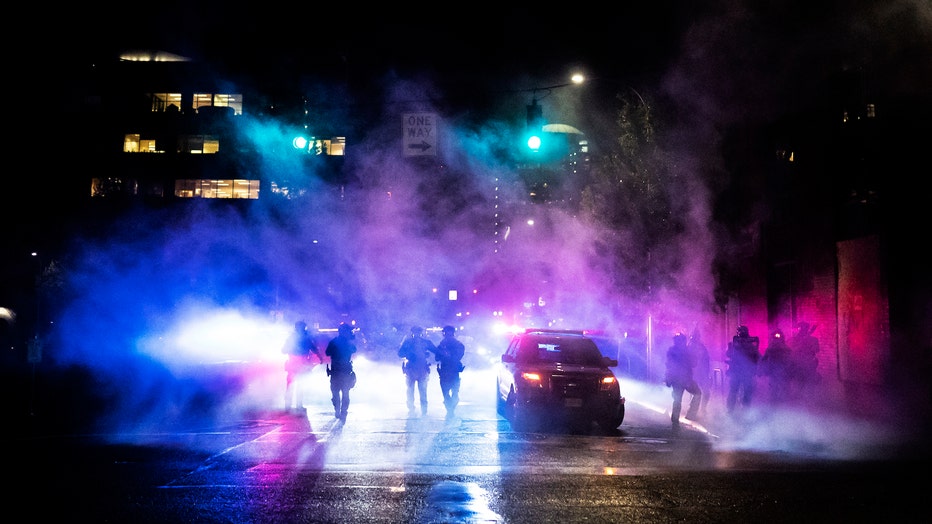 PORTLAND, OR - SEPTEMBER 23: Portland police disperse a crowd on September 23, 2020 in Portland, United States. Violent protests erupted across the nation Wednesday following the results of a grand jury investigation into the police shooting death of

The people taken into custody were arrested on suspicion of charges ranging from attempted murder to attempted assault, riot, interfering with a police officer and disorderly conduct, police said.

One officer was hit on the foot with a Molotov cocktail but a fire department medic managed to extinguish the flames, police said. There were no immediate reports of arrests or injuries.

Federal agents assigned to protect a U.S. courthouse in Portland fired projectiles at the protesters, the Oregonian/Oregonian Live reported.

Several officers were injured by protesters, and video shows one officer running over a man with his bicycle.

Taylor, an emergency medical worker, was shot multiple times by white officers who entered her home during a narcotics investigation in March.

The Kentucky grand jury returned three charges of wanton endangerment Wednesday against fired Louisville Officer Brett Hankison over shooting into a home next to Taylor’s with people inside.

Portland has been gripped by protests for four months since the police killing of George Floyd in Minneapolis.

The demonstrations in the city, often violent, have targeted police buildings and federal buildings.

Some protesters have called for reductions in police budgets while the city’s mayor and some in the Black community have decried the violence, saying it is counterproductive.