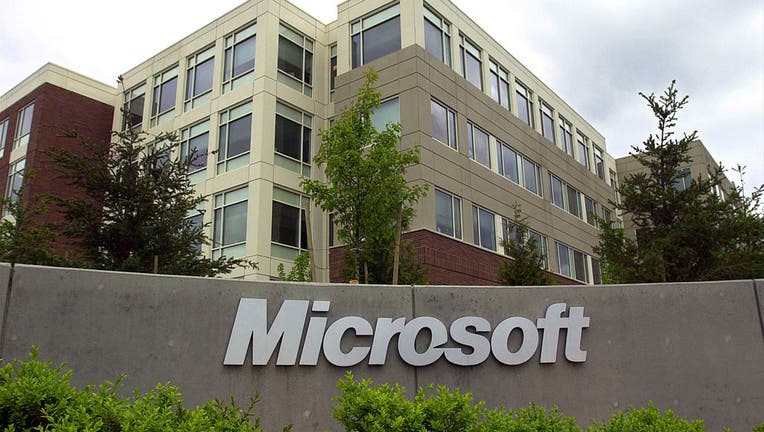 REDMOND, WA - MAY 22, 2002: (FILE PHOTO) An exterior view of the Microsoft headquarters during the Microsoft CEO Summit is shown May 22, 2002 in Redmond, Washington. A federal judge granted Microsoft's motion January 28, 2003 to throw out five consum

LISBON, Portugal - Ukraine is counting on more Western technological support as its war against Russia drags on, with Microsoft pledging Thursday to extend its backing for Kyiv’s "extraordinary" wartime innovation through the end of next year.

Microsoft’s financial commitment of more than $400 million enables the Ukraine government and other organizations to continue using the Microsoft cloud and its public data centers across Europe, the company’s president, Brad Smith, announced at the annual Web Summit tech conference in Lisbon, Portugal.

Before the Feb. 24 invasion Ukraine had a law prohibiting government agencies from using the cloud, forcing data to be stored locally. In March, the government scrapped that law.

Ukraine and Russia are fighting "a new type of war," with cyberweapons and other types of digital technology playing a pivotal role, he said.

Artificial intelligence deployed by Kyiv, for example, is detecting and thwarting Russian cyberattacks "in the blink of an eye," according to Smith.

Microsoft has had a big role in helping Ukraine with the data migration as well as helping to protect its digital infrastructure from Russian wiper and phishing attacks.

RELATED: Barrage of Russian strikes hit Ukrainian cities, most of Kyiv without water

Microsoft is also working with the U.S. Army on AI and image recognition.

Ukraine and Russia are engaged in "a technology war," according to Fedorov, the Ukrainian government official.

"This war is completely different from anything that came before it," Fedorov said. "This war against a powerful enemy is the most technologically advanced war in human history."

Fedorov, also appearing with Smith at a news conference, pointed to the Delta real-time battle management system developed by Ukraine. The situational awareness platform integrates information about the enemy from various sensors and sources, including AI and drones, on a digital map.

RELATED: Putin has no intentions of using nuclear weapons in Ukraine

AI has even more potential in the war, Fedorov said, while the "huge role" drones have played, including patrolling front lines that stretch hundreds of kilometers (miles), is still being expanded.

He asked for the help of participants at the conference in finding innovative solutions for heating homes this winter after Russian attacks in recent weeks damaged 40% of the country’s energy infrastructure.

The United States is sending more weapons to Ukraine as they fight against Russian invaders.