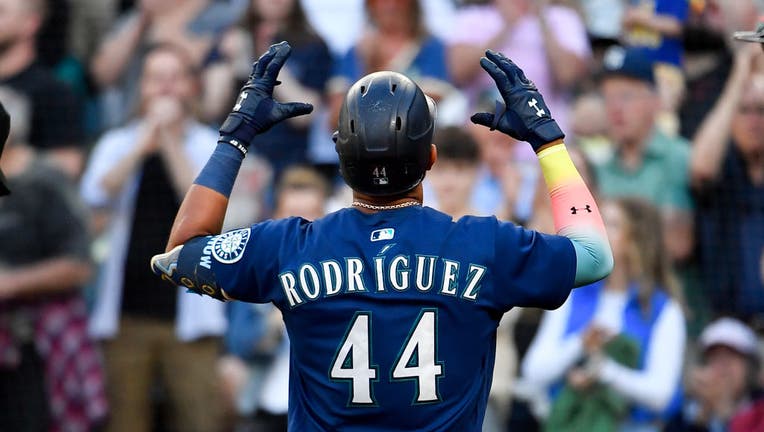 SEATTLE, WASHINGTON - JUNE 30: Julio Rodriguez #44 of the Seattle Mariners celebrates after hitting a solo home run during the third inning against the Oakland Athletics at T-Mobile Park on June 30, 2022 in Seattle, Washington. (Photo by Alika Jenner

SEATTLE - Seattle Mariner's outfielder Julio Rodríguez is making a big name for himself in Major League Baseball. On Sunday, the rookie was selected to play for the American League in the 2022 MLB All-Star Game.

According to the Seattle Mariners, the 21-year-old is the only rookie selected to play in this year's All-Star Game, and the fifth Mariners rookie in franchise history to make the team. Rodríguez now joins Alex Rodriguez and Ken Griffey Jr. as the only Mariners to make the All-Star team at the age of 21 or younger.

Across the MLB, Rodríguez leads the rookies in just about every category. He leads the league in hits, doubles, home runs, RBIs, on-base and slugging percentage, times on base, total bases and much more. Those stats helped him earn back-to-back American League ‘Rookie of the Month’ acknowledgements for both May and June. Separating himself from the rookies, he also earned an American League ‘Player of the Week’ nod in early July. 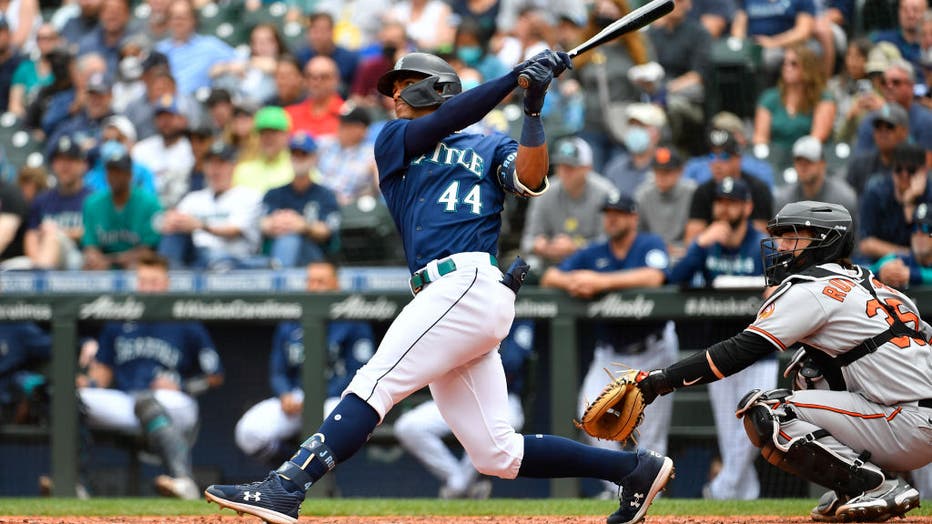 SEATTLE, WASHINGTON - JUNE 29: Julio Rodriguez #44 of the Seattle Mariners hits a two-run home run during the fourth inning against the Baltimore Orioles at T-Mobile Park on June 29, 2022 in Seattle, Washington. (Photo by Alika Jenner/Getty Images)

According to Alex Mayer, Baseball Information Coordinator for the Seattle Mariners, only five athletes in the ‘Big Four’ sports have won an Olympic medal and made an All-Star team by age 21 in the last 20 years. For the NBA, those athletes are LeBron James and Anthony Davis. For the NHL, those athletes are USA's Patrick Kane and Canada's Jonathan Toews. Now making the list, Julio Rodríguez for the MLB. At age 19, Rodriguez earned a bronze medal with the Dominican Republic in the Tokyo 2022 Olympics.

The 2022 MLB All-Star Game will be played at Dodger Stadium on Tuesday, July 19 at 5:00 pm Pacific Time, and will be nationally televised by FOX Sports.