EVERETT, Wash. - The man accused of shooting and killing Everett police officer Dan Rocha pleaded not guilty to all charges on Monday - less than a week after his defense attorneys said he would plead guilty.

On April 19, Richard Rotter's defense attorneys indicated that he would plead guilty to aggravated first-degree murder, unlawful possession of a firearm, and possession of a controlled substance with intent to manufacture or deliver.

At that time, the Snohomish County judge ordered Rotter be held without bail until his next court appearance on April 25 when he could enter a formal guilty plea.

But by the time of his next appearance, Rotter apparently changed his mind and pleaded not guilty to all three charges. 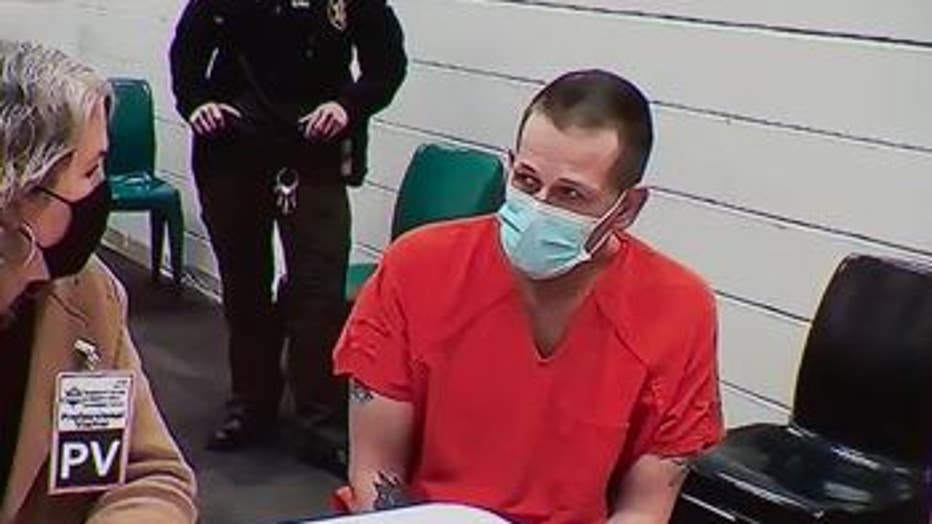 In the two vehicles Rotter used that day, police said they found a rifle, two kinds of ammunition and 1,950 pills "consistent with fentanyl," along with what appeared to be heroin and methamphetamine.

Around 2 p.m. March 25, Rocha was working his patrol shift when he went into a Starbucks, according to the charging documents signed by deputy prosecutor Craig Matheson. While waiting for his coffee, Rocha noticed Rotter moving guns and items from a Mini Cooper into a Ford Fusion, documents said.

Rocha, 41, turned on his body-worn camera, telling dispatch he was checking on "suspicious" circumstances. He asked for a backup officer, and a police sergeant said he’d be there shortly. In the meantime, Rocha approached Rotter and asked about the guns. The interaction was caught on camera, Matheson wrote. 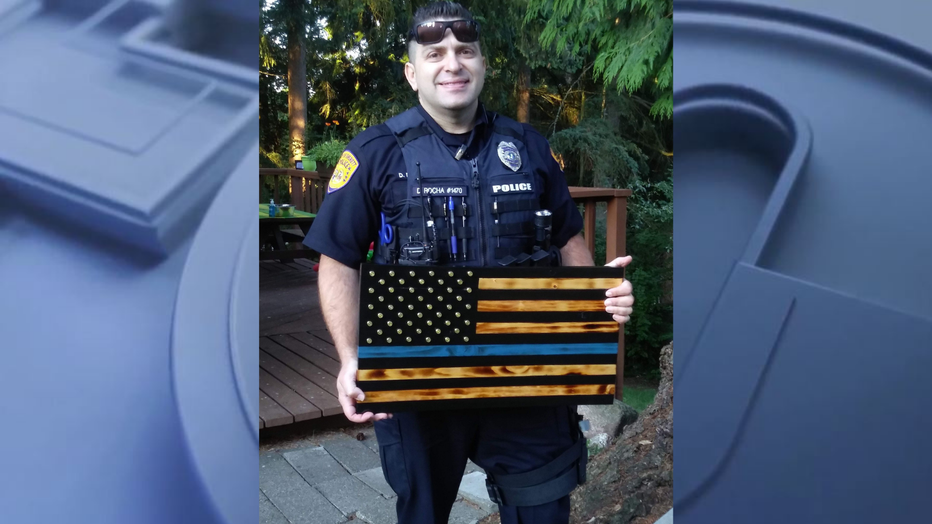 Rotter claimed he had just bought the Ford Fusion.

Rotter gave Rocha his ID, and a dispatcher told Rocha there was a domestic violence assault warrant for Rotter’s arrest and that he had a previous felony conviction, the charges say. Rocha reportedly told Rotter he was not free to leave because he was now under investigation for suspicion of unlawfully having a firearm. Rotter became agitated, Matheson wrote.

Rotter reportedly moved toward the Ford. The officer told him to put his hands behind his back, and tried to put him in handcuffs, but the two two wrestled and fell to the pavement, according to the charges.

"Five distinct ‘pops’ can be heard until officer Rocha’s body camera ends up facing upwards, motionless, and you can see (Rotter) stand up and go towards the Mini Cooper," Matheson wrote. "The car starts, backs over Rocha, obstructing the view momentarily, and then speeds off."

Rocha was pronounced dead at the scene.

'They're not going to take me alive:' Suspect charged in murder of Everett Police Officer Dan Rocha

The man accused of gunning down and running over Everett Police Dan Rocha officer in March is now charged with aggravated first degree murder.

According to the charges, the Mini Cooper ran two red lights and crashed into two other vehicles. Police then arrested Rotter, who suffered no injuries.

Rotter, who has a lengthy criminal history, had told at least two people recently that he never wanted to go back to prison, according to the charging documents.

Rotter remains in custody at the Snohomish County Jail.

Fox 13 News spoke with Everett Mayor Cassie Franklin following her state of the city address, asking her about the crime concerns in her city.

Rocha became a fully commissioned police officer in Everett in 2018. He is survived by a wife and two children.