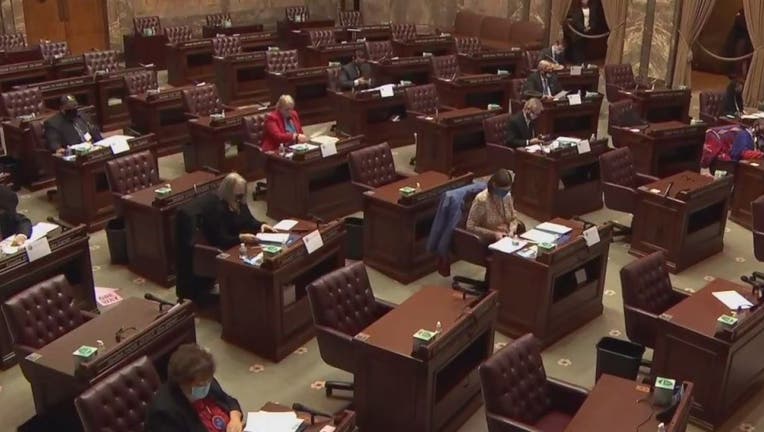 LAKEWOOD, Wash. - One of the 12 people chosen to cast Electoral College votes for Washington in the 2020 election says he found a death threat last week on his porch.

The elector, who lives in the 10th Congressional District, told Lakewood Police that he found a note on his porch Jan. 4 that read "MAGA DEATH TO ELECTORS."

Washington's Electoral College met at the state Capitol in Olympia on Dec. 14. They cast their votes for President-elect Joe Biden and Vice President-elect Kamala Harris as President Trump refused to concede the election and falsely claimed it was fraudulent.

Trump continued to voice those false claims even as recently as last week when he egged on thousands of his supporters before they stormed the US Capitol. Four people, including a Capitol police officer, died in the attack.

RELATED: With his health failing, Washington state elector casts vote of a lifetime

Lakewood Police say they are investigating the reported death threat. Anyone with information is asked to call the Lakewood Police Department at 253-830-5000.

With his health failing, Washington state elector casts vote of a lifetime

With his health failing and a grim doctor's diagnosis in early November, Jack Arends gave an emotional speech during the vote.