In Aug. 1995, deputies were called to reports of a murder near Peacock Hill Rd SE and Nelson Rd in Olalla. The victim was identified as 61-year-old Patricia Barnes, who had been shot twice in the head and left naked in a ditch, partially covered by a sleeping bag.

At the time, Barnes was believed to be another victim of the "Spokane Serial Murder," later identified as Robert Lee Yates.

Roughly 130 pieces of evidence were collected, but despite assistance from the Seattle Police Department, detectives were unable to identify a suspect.

"The witness gave a description to a detective who did a sketch. It has remarkable similarities to the person who was later identified as her killer," said Kitsap County Sheriff's Det. Mike Grant.

Yates was excluded as a suspect, as it was learned he was stationed in Alabama at the time of Barnes’ murder.

The Kitsap County Sheriff’s Office reopened the case in April 2018. "This was a case that I had selected. A number of cases have been assigned that are still being worked on and still being reviewed," said Grant, who began reviewing evidence and re-interviewing the original case detectives. 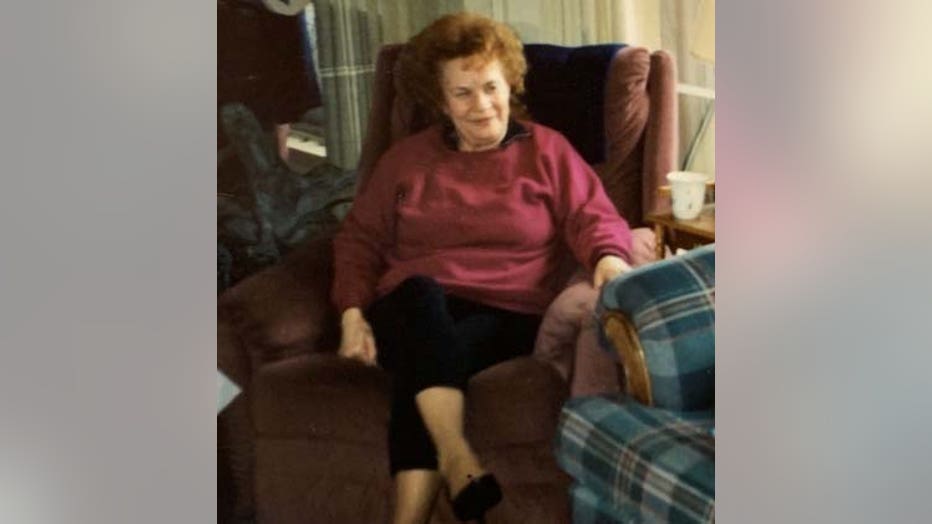 "Part of the process of investigating the case, I kind of made a cold case checklist if you will. What’s the solvability of this? How are we going to solve this case? A lot these older ones, the witnesses are deceased, so there’s not a lot of follow up there and then it’s a matter of what evidence is collected. We went through all of the evidence. We examined it. We entered it into our database, went through all of the previous submissions to the state patrol crime lab and we thought, ‘what can we resend? What can be retested or what hasn’t been tested that we can get some results from?’ My partner, Det. Meyer and I, just kind of triaged what would be most likely to bear fruit and so initially, we submitted a handful of items to the state patrol crime lab and they responded some time later and advised they had developed an unknown male profile from the evidence that we had submitted. So, that was promising because that’s the first break.  Based on that, we checked out more evidence using forensic lights, alternate light sources looking for anything on there that might contain more biological evidence and we ended up identifying more evidence that contained DNA material," said Grant.

In Aug. 2020, DNA material was obtained via search warrant of a person of interest, believed to be the last person in contact with Barnes. They were excluded as a suspect after comparing their DNA to DNA recovered at the crime scene.

Investigators narrowed down DNA submissions to a single unidentified man, but no match was found in the FBI’s DNA indexing system (CODIS). The context from the DNA sources, being found at the crime scene and on Barnes’ body, suggested to detectives that it belonged to the person responsible for her murder.

The sheriff’s office partnered with Othram, a forensic genealogy corporation based out of Texas.

Within months, Othram scientists built a genealogical profile of the suspect and delivered this new lead to authorities in Dec. 2021. Investigators reached out to the Nogales Police Department and Pima County Medical Examiner’s Office, based in Arizona.

They learned the suspect in Barnes’ murder—identified as Douglas Keith Krohne—had died in 2016. A DNA sample collected in Krohne’s post-mortem exam was given to the Washington State Patrol Crime Lab, whose detectives compared it to the DNA samples recovered from the crime scene, 26 years ago.

"The linchpin for the evidence was a cigarette butt that was found at the body dump location. The evidence on the body could mean one of two, three different things but when you have a cigarette butt with the DNA and the DNA on her body and on items around her body, it was conclusive to me that we had the right guy," said Det. Grant.

Investigators concluded Krohne was the likely murderer of Patricia Barnes. Krohne would have been 33 years old at the time of the murder, and had previous addresses in Seattle and Tacoma.

"How they were connected or how they came to meet, nobody knows. Douglas isn’t mentioned in any other reports as an acquaintance or a witness or a person of interest. I went through all of the other tip, logs and no one mentioned his name.  It was a complete random encounter I would suspect," said Det. Grant.

Krohne had an extensive criminal history in Washington in the 80s and 90s, including first-degree robbery, second-degree kidnapping and three other felony convictions.  "His DNA will be put into CODIS to check to see if he is connected to any other cases." said Grant.