LAKEBAY, PIERCE COUNTY - UPDATE: More heartache for the Douglas family in Pierce County after their stolen 2004 Subaru Forester was found over the weekend in the Belfair area of Mason County damaged and disguised. Here is how it looks now after the thief painted the wheels and tailpipe gold. 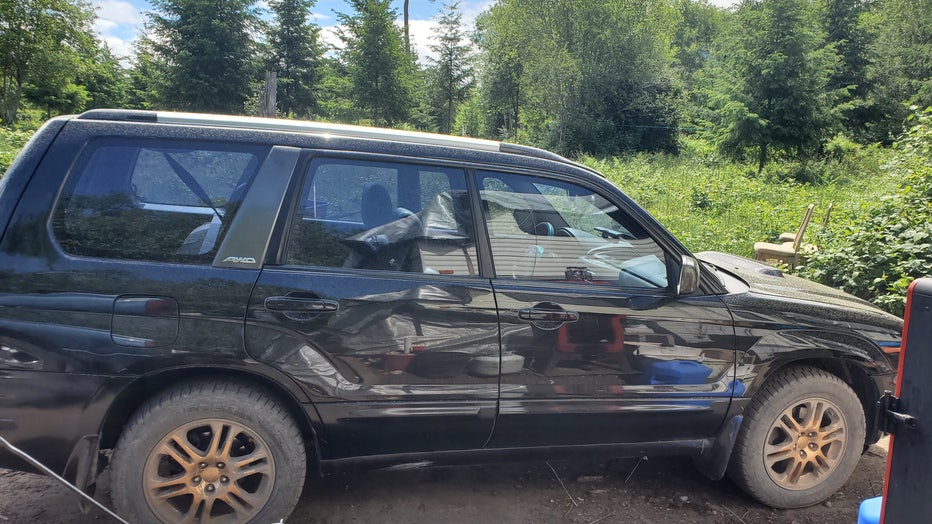 The catalytic converter was removed. It was stripped of some parts. The engine is all screwed up and there was drug paraphernalia and several packages of cold sore cream found in the vehicle.

The Douglas family says the damages exceed the value of the Forester that they had saved for two years to buy. None of the stolen backpacks or electronics were found.

Detectives are following up on the evidence and will be working to prosecute the suspects involved.

If you would like to help them financially, you can donate to the Douglas Family Stolen Car Fund here.

BWD6921.  It has a moonroof and a sticker of a sunflower on the rear window.

The vehicle is one of 25 Subaru vehicles stolen in Pierce County in the month of May.

"It’s very frustrating because it’s taken two years for us to be able to afford this vehicle," said Gabi Douglas.

She said a thief stole it from the parking lot of KP Smoke, Beer and Wine on 92nd St NW in Lakebay at 8 a.m. on May 16 when her husband ran inside to purchase some purified water for their duckling incubators.  They'd only had the car for 30 days.

"Unfortunately, it seems like my husband tried to put the key in his pocket but it must have fallen out on the floorboard of the car so the individual, the suspect, just got in the car and took off with it," said Douglas.

The car theft was caught on surveillance video that showed the suspect get out of a silver Mitsubishi Eclipse. Deputies say the Forester was later seen during a shoplifting case at a grocery store in Gig Harbor.  Detectives believe they have a good idea of who took the Subaru but need the public's help to find it.

"It was on laundry day so all of my husband’s clothes and many of my children’s clothes were in the car. Because of the small space that we live in, he had three of his backpacks which contained all of his belongings including his laptop and his cell phone," said Douglas. 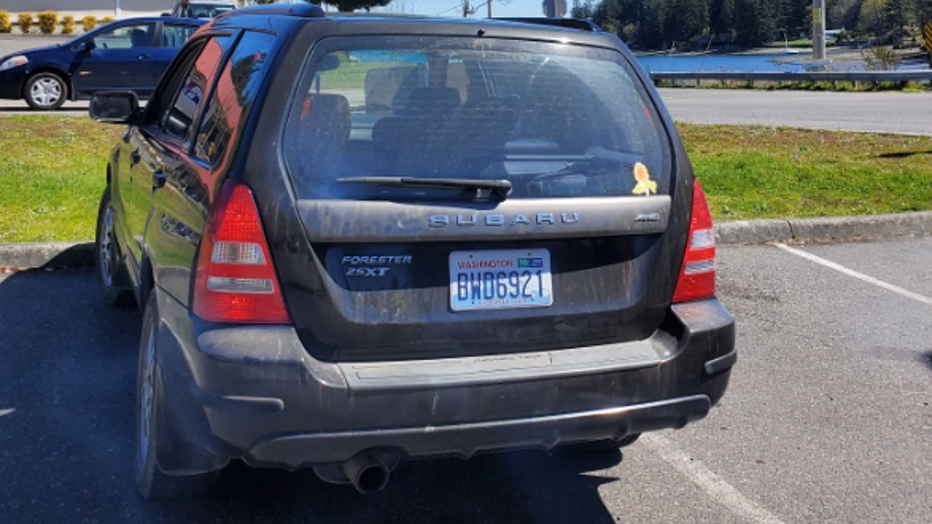 The couple has three children and says they need the car to get to work.

"It’s just really unfortunate that someone out there decided to be a thief and steal from us when we just try to be really good people," said Douglas.

She says they spent 4 years working to improve their credit, her husband was recently promoted to a front-line supervisor at a local grocery store. She has been caring for the elderly during the Pandemic and working at Target.   She believes in Karma so is struggling to understand why them and why now.

"I really care about the community and it’s really frustrating when I try to put so much good out there just to have something so terrible and tragic unfold," said Douglas.

If you would like to help them financially, you can donate to the Douglas Family Stolen Car Fund here.

If you have any information on this theft or any vehicle theft, please submit to Crime Stoppers of Pierce-County through the P3 Tips App on your cell phone or you can call the Puget Sound Auto Theft tip line at 253-329-2442. You can also email detectives at AutoTheftTips@wsp.wa.gov.