KENT, Wash. - Drivers in Kent are getting back into routine seeing students heading to class again. Kindergarten through 6th graders are now in school for in-person instruction at Kent School District after more than a year of remote learning due to the COVID-19 pandemic.

The Kent Police Department began enforcing six speed cameras on Tuesday near elementary schools to make sure drivers are using caution in school zones. Enforcement times and locations were posted on the department's Facebook page.

"We recognize and have seen that the traffic patterns will become heavily congested almost abruptly and people just aren’t used to it," said Assistant Chief Jared Kasner. "We want them to just pay attention, lower their speeds and watch for kids just getting back in the flow of crossing a crosswalk and getting to class and getting hole and getting on the bus." 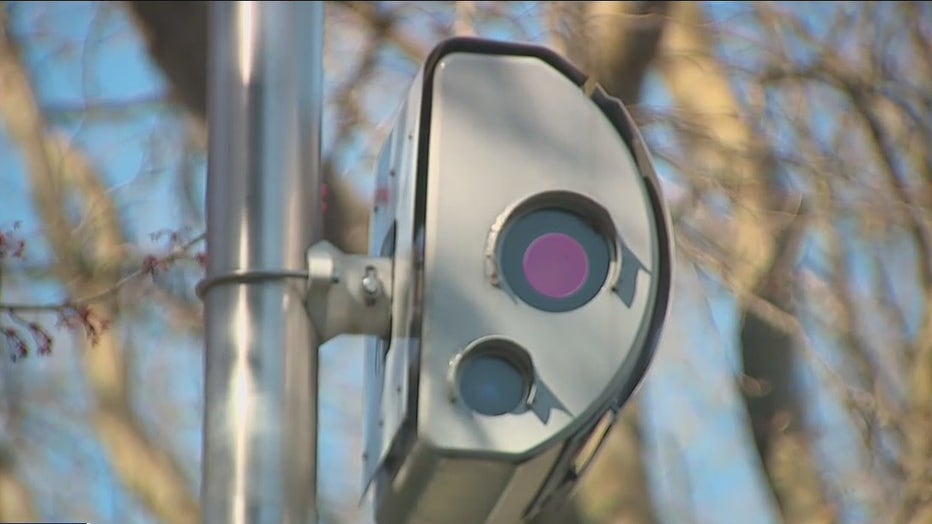 Children are sharing the roads with drivers once again as they return to in-person instruction in Kent. Drivers will have to look out for even more students when Preschool and 7th-12th start are welcomed back inside the buildings on April 19.

Brandon, a fifth-grader in the district, has been practicing his basketball crossovers during the past year of virtual learning.  He said it feels good to finally be back in class to show off his skills with friends.

"It’s like bringing back memories when we did it last year before we went on laptop," said Brandon.

He and his brother are back in routine walking home with an adult because their school is on a busy street. Traffic is also busy in front of Adrien’s school, a second grader in the district. He said he looks both ways before crossing the walkway on his bike.

"I just push my brakes and just look and just go if there’s nothing," said Adrien.

"I’m getting complaints from people that live in those areas that cars are exceeding the speed limit sometimes by 10 to 15 miles per hour," said Lt. Rhonda Lehman.

The cameras are on during two time periods per day. When the warning lights are flashing during those periods, the cameras record video of drivers going over the 20 miles per hour limit.

It’s a hefty fine drivers can avoid by taking it slow and listening to students like Darrell Grace, a senior in high school in Renton.

"No texting and driving, paying attention and as long as you’re going the speed limit it should be alright," said Grace.