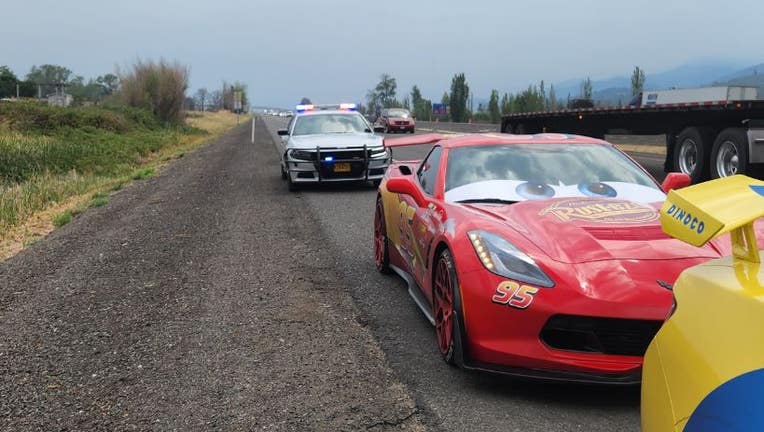 OREGON - "Life is a highway," but troopers in Oregon warn that even the most famous "race cars" need to be safe on the roads.

An Oregon State Trooper received reports of two cars cutting each other off and racing. The trooper was able to easily spot and pull over the vehicles, based on the description.

Both vehicles were detailed to look like two main characters from Pixar's Cars franchise-- ‘Lightning McQueen’ (the red vehicle) and ‘Dinoco’ (the yellow vehicle).

The trooper followed them but did not see any of the reported driving behaviors that were reported.

The trooper stopped "Lightning McQueen" for Following too Close and "Dinoco" pulled over with him.

OSP said they spoke with both drivers about the importance of highway safety, and "Lightning McQueen" was issued a warning for following too closely. 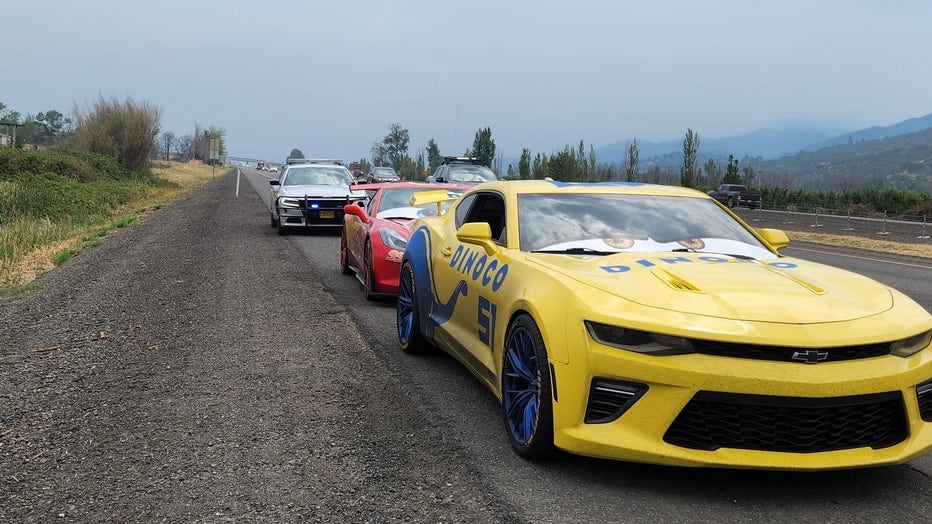