The jury delivered its findings Wednesday in the inquest of the death of Charleena Lyles, King County's formal investigation into what happened the day Seattle police officers shot and killed her in her apartment.

KING COUNTY, Wash. - The jury delivered its findings Wednesday in the inquest of the death of Charleena Lyles, King County's formal investigation into what happened the day Seattle police officers shot and killed her in her apartment.

The jury found that the two officers who fired at Lyles both gave multiple warnings after she suddenly grabbed a knife and told officers something to the effect of "do it."

However, the jury found that Officer Jason Anderson did not comply with the policy or training surrounding Tasers.

After the decision was read, Charleena's father Charles Lyles had an outburst and was asked to leave, shouting "F--- you! F--- you! You killed my daughter!"

Five years ago, two Seattle police officers responded to a report of a burglary at an apartment complex. The caller was a 30-year-old Black mother, Charleena Lyles, who had long lived with mental illness and was known to police.

Within minutes, the officers, Jason Anderson and Steven McNew, shot and killed Lyles. They claimed she cornered them in her kitchen, brandishing a small knife. Lyles, who was four months pregnant, was shot seven times as her children watched.

An officer had to pull one of the children off Lyles as medics tried to treat her wounds.

She was 15 weeks pregnant at the time of her death and already a mother of four.

Lyles' family said she has documented mental health issues and that police didn't do enough to de-escalate the situation. The city of Seattle paid Lyles' family $3.5 million to settle a wrongful death lawsuit. 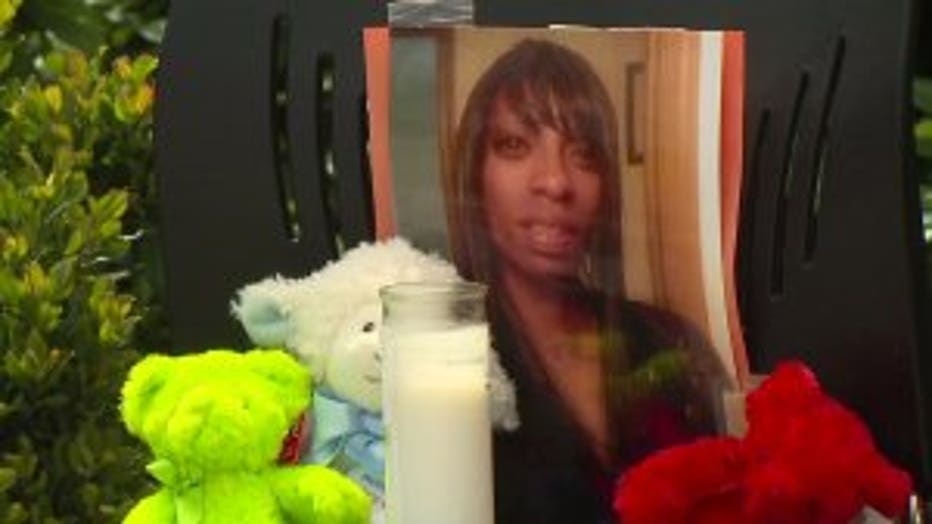 "I just want to say, no amount of money will bring my mom back," said Charleena Lyles' son. "I appreciate the money, and it helps us, but we won't get my mother's emotional support."

"I still want criminal liability that is yet to happen for our family, for the officers who murdered my cousin," said Katrina Johnson.

In a statement, the King County Prosecuting Attorney's Office said:

"Charleena Lyles’ death is a tragedy. Details of the incident shared at the inquest are heartbreaking. My office had a senior deputy prosecuting attorney observing the inquest process. In the coming weeks, we will review all of the admissible evidence that was presented at the inquest and the jury’s answers to each of the interrogatories and make a final charging decision."

"Five years ago, the Lyles family, the Seattle community, the involved SPD officers, and our entire department were shaken by this unquestionably tragic event. The SPD thanks the inquest administrator and his staff and all involved for their efforts to ensure a fair and transparent fact-finding process, and we thank the jury for its thoughtful and careful deliberation."

The two-week inquest promises to be a stress test of the county’s revised inquest system and only the second time a coroner’s jury has been impaneled in King County since inquests were halted the same year Lyles was killed.

A big question at the inquest was where Officer Anderson was standing when he shot Lyles. He testified that he was inside the apartment with his back against a closed door and had no choice but to shoot her - despite surveillance video showing he was outside.

Lawyers for Lyles' family said the officer knew Charleena had mental health issues and questioned why he couldn't stop her before shooting her.

An inquest is not a trial, but rather, an investigation into why a deadly police shooting happened and how to prevent them.

The process was revised and implemented over the objections of several police agencies after officials concluded it was unfair and tilted in favor of law enforcement. Before 2017, no inquest jury had questioned the outcome of a death at the hands of police in decades.