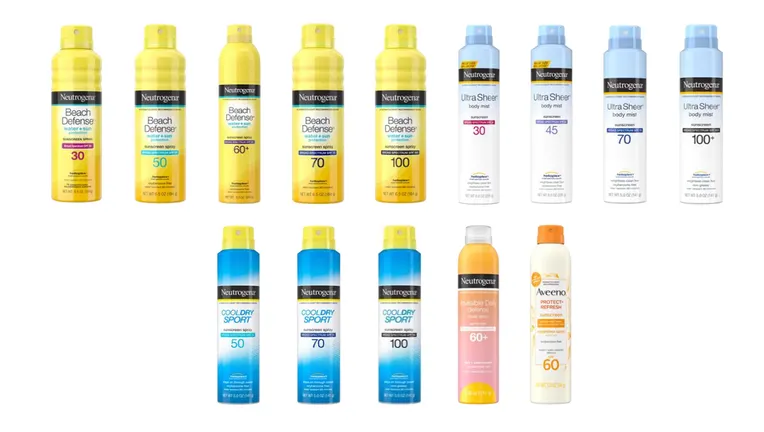 FORT LAUDERDALE, Fla. - Johnson & Johnson and Costco Wholesale Corporation have teamed together to settle a lawsuit with consumers over recalled sunscreens that contained levels of benzene, a carcinogen linked to leukemia and other cancers.

The notice of a tentative settlement was filed Friday in the U.S. District Court Southern District of Florida. Attorneys hope to officially submit the agreement to the court on Nov. 19 for final approval.

The details of the terms were not made public.

RELATED: Johnson & Johnson recalling sunscreens due to traces of benzene

The health care giant said the benzene was found after testing done by the company and an independent laboratory. J&J previously said in a statement that "use of these products would not be expected to cause adverse health consequences" and that it voluntarily decided to recall them "out of an abundance of caution."

Valisure, an online pharmacy that tests medications for safety, found concerning levels of a cancer-causing chemical in commonly used brands of sunscreen produced in the U.S.

"This agreement, which is subject to court approval, is not an admission of liability or wrongdoing ... We strongly dispute the merits of these lawsuits and stand behind our position that we marketed our sunscreen products appropriately and responsibly," J&J said in a statement to FOX Television Stations Monday.

Several consumers nationwide filed suit against J&J and Costco, which sold the products, over the recalled products, claiming benzene was not listed as one of the ingredients on products. The allegations against the company included breath of express warranty, violating the Florida Deceptive and Unfair Trade Practices Act, fraudulent concealment and unjust enrichment.

Their cases were then consolidated into a federal court in Florida.

FOX Television Stations has reached out to J&J, Costco and the attorney for the plaintiffs for comments.