STEVENS PASS, Wash. - Eighteen-year-old Giovanna ‘Gia’ Fuda is recovering in the hospital after search and rescue crews found her alive deep in the woods in Stevens Pass after missing for nearly nine days.

The King County Sheriff’s Office tweeted an update around 3:45 p.m. Saturday with the good news that search and rescue crews found her Saturday afternoon at the bottom of a steep ravine about two miles up into the Cascade mountains.

Deputies said Fuda was by a stream approximately 3.5 miles from her vehicle before she was found her. Officials said she got lost after leaving her vehicle that ran out of gas on US Hwy 2.

“It's very rare. It is definitely a miracle and we are so thrilled that she is okay and made it out of there," said Sgt. Ryan Abbott with the King County Sheriff's Office. "There has been so much support and so much interest and people wanting to help, it's nice to see."

Fuda’s family first reported her missing on July 24 after she told the family she was going out for a hike that morning, but did not return or contact them.

Officials said a DOT worker discovered her abandoned vehicle west of Stevens Pass on US Highway 2 on July 25. Detectives later determined she had also run out of gas. Some of her personal items were found inside the vehicle, but her phone was turned off. 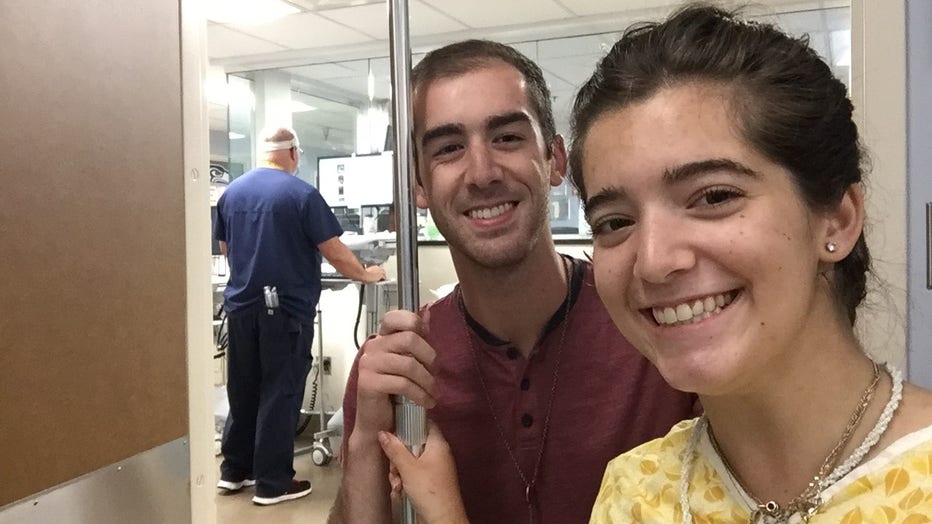 Gia Fuda is recovering in the hospital and reunited with family after search and rescue crews discovered her nine days after being reported missing.

Officials said she stopped at a coffee shop east of Index on Hwy 2 the morning of July 24 before running out of gas.

Search crews worked for more than a week to find the missing teen.

Fuda's family and friends were in the area posting fliers searching trails throughout the week.

Jeff White, a friend of the Fuda family, parked an RV at the Skykomish Ball Park as a base camp for the area during the search.

White said he feared they would have to end the search without finding her, but then he and the other searchers heard the good news.