Authorities are searching for the mother of a five-year-old Atlanta boy, whose body was found stuffed in a suitcase in rural Indiana.

SELLERSBURG, Ind. - Indiana state police identified the body of a boy found inside a suitcase as a child from Atlanta. Police said investigators arrested one suspect in California and are searching for the boy's mother, who is from Georgia.

Police identified the victim, found dead and stuffed in a suitcase in southern Indiana, as 5-year-old Cairo Ammar Jordan of Atlanta. He would have turned six years old on Monday, police said.

"At the time, we advised it was approximately a 5-year-old Black male child who was found inside that suitcase with no apparent signs of trauma," said Sgt. Carey Huls, with the Indiana State Police.

She's considered "at large" and police want the public's help in finding her. Sgt. Huls said law enforcement filed a murder warrant for Anderson's arrest on Oct. 25. Police said she is 5-foot-5 and 135 pounds and may have short dark brown hair. Indiana State police said her last known location was in Echo Park in Los Angeles but has traveled to various cities in the U.S. — including San Francisco, San Diego, Las Vegas and Houston. 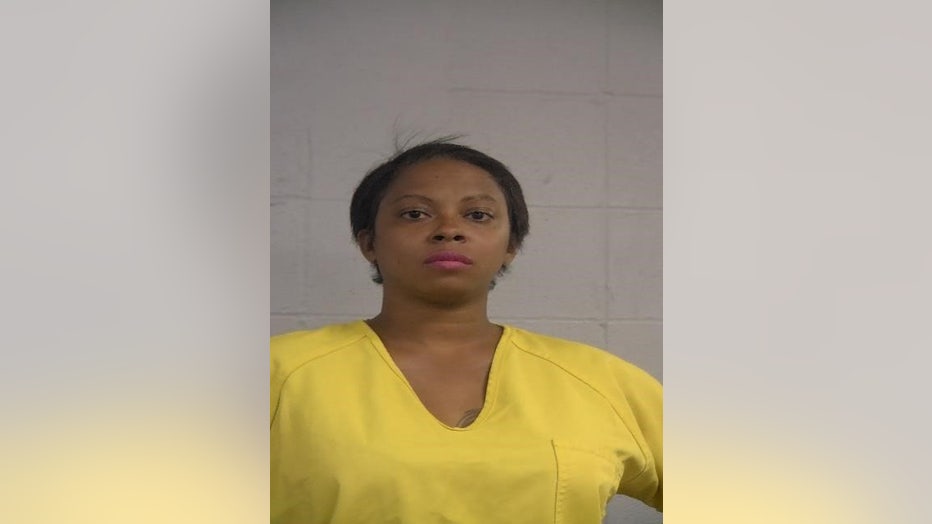 Police said someone found the suitcase on April 16 in an "isolated" area in southern Indiana by a mushroom hunter. The luggage was described as a Las Vegas-themed hard-shell suitcase found off Holder Road.

"I want to emphasize that no crime scene evidence technologies were spared in this case in this investigation," said Huls.

Investigators spent months investigating leads and combing through tips. Officials said an autopsy showed the child died from an "electrolyte imbalance" caused by "a viral gastroenteritis". A blood toxicology report was negative.

"It’s a bitter-sweet day because no matter what progress is made in the investigation, we’re still dealing with the tragic death of a precious young child," said Huls.

Police said agents with the Georgia Bureau of Investigation helped find Cairo's biological father after investigators confirmed the identity of the body.

"We are very grateful for the public’s interest in this case obviously wanting justice for this young boy," said Huls.

Anyone with information on Anderson's whereabouts is asked to contact their local police department.