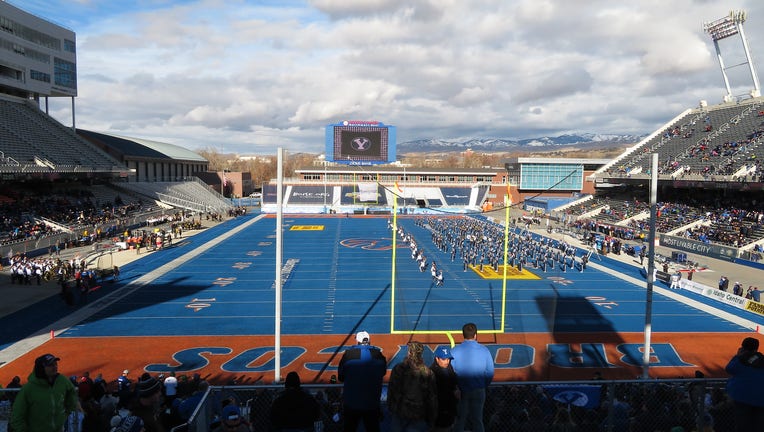 BOISE, Idaho - Idaho universities are warning staffers not to refer students to abortion providers, and at least one public university is barring employees from telling students how to obtain emergency contraception or birth control as well. It’s the latest restriction in a state that already holds some of the strictest abortion laws in the nation.

The prohibition against referring students to abortion providers or "promoting" abortion in any way comes from the "No Public Funds for Abortion Act," a law passed by Idaho’s Republican-led Legislature in 2021. Boise State University, like the University of Idaho, told faculty members in a newsletter earlier this month that they could face felony charges for violating the law. Idaho State University did not respond to phone messages from The Associated Press asking if it had issued similar guidance.

The law also bars staffers and school-based health clinics from dispensing or telling students where to obtain emergency contraception, such as the Plan B pill, except for in cases of rape. Emergency contraception drugs prevent pregnancy from occurring and do not work in cases where someone is already pregnant.

The University of Idaho’s guidance released Friday goes a step further, also warning employees about a law written in 1867, 23 years before Idaho became a state. That law prohibits dispensing or "advertising" abortion services and birth control — leading to UI’s advice that condoms be distributed only to prevent sexually transmitted diseases, but not to prevent pregnancy.

It’s not yet clear how the law barring "advertising or promoting" abortion and birth control services could impact students or other state employees who may use state-owned computers or wireless networks to share information about how to access reproductive health care on Instagram or other social media sites. Scott Graf, a spokesman for Idaho Attorney General Lawrence Wasden, said his office planned to discuss the guidance given to university staffers and the abortion laws in an internal call Tuesday morning.

Jodi Walker, spokeswoman for the University of Idaho, said the university follows all laws and said UI officials were still "working through some of the details."

"This is a challenging law for many and has real ramifications for individuals in that it calls for individual criminal prosecution," she said of the public funds law. "The section does not specify what is meant by promoting abortion, however, it is clear that university employees are paid with public funds. Employees engaging in their course of work in a manner that favors abortion could be deemed as promoting abortion."

Abortion can still be discussed as a policy issue in classrooms, Walker said, but the university recommends that the employees in charge of the class "remain neutral or risk violating this law."

"We support our students and employees, as well as academic freedom, but understand the need to work within the laws set out by our state," she said.

But that could be nearly impossible, said Satz. Both the University of Idaho and Boise State University rely on grants to fund major research and academic projects, and the federal government is among the largest sources of those grants. The federal government also provides abortions through the Veteran’s Administration, Satz noted, and the "No Public Funds for Abortion Act" bars the state from contracting with abortion providers.

Boise State’s advisory to employees noted that abortion-producing medications or procedures can still be prescribed if they are used to remove a dead fetus caused by spontaneous abortion, to treat an ectopic pregnancy or to "save the life or preserve the health of the unborn child." But some of those scenarios are gray areas under other state laws criminalizing abortions, including one targeted in a U.S. Department of Justice federal lawsuit against the state of Idaho.

Idaho isn’t the only state where employees have been cautioned not to give abortion advice. In the summer, librarians in Oklahoma City were warned against using the word "abortion," though that changed after the city’s library team reviewed the laws. Still, social workers, clergy members and others have raised concerns in Oklahoma about being exposed to criminal or civil liability just for discussing abortions.