The father of one of the four students murdered near the University of Idaho calls Moscow Police "cowards" for not sharing more information with the public.

MOSCOW, Idaho - The mother of slain University of Idaho student Kaylee Goncalves described the killer as "methodical" and "quick" when he entered the off-campus rental home and slaughtered her daughter and three friends, according to a new TV interview.

"I think this person went in very methodical, I think he really thought it out. I think he was quick," Kristi Goncalves, sitting beside her husband, Steve Goncalves, told ABC's "Good Morning America." "I think it was quiet, and he got in, and he got out." 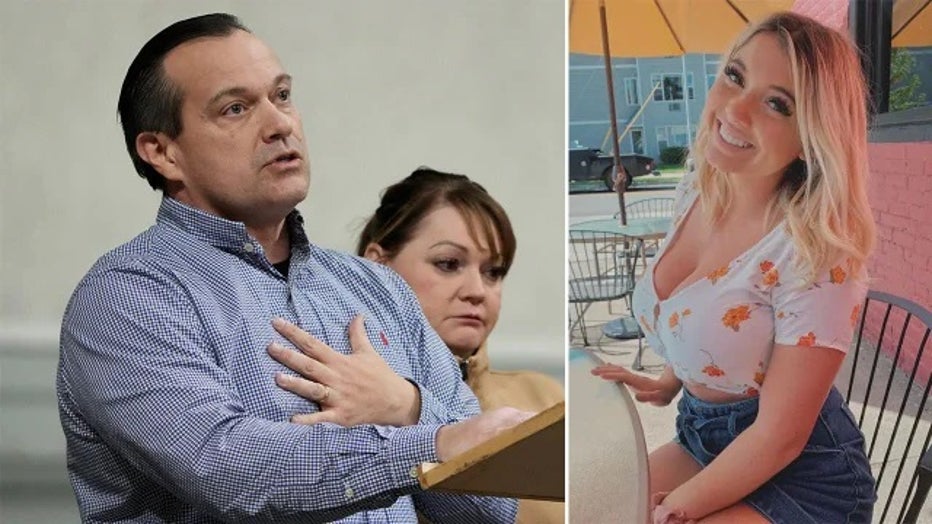 More than a month has passed and police have not named a suspect or recovered the fixed-blade knife they believe was used in the mass murder.

The grieving parents urged residents and business owners to turn over surveillance footage before it's too late after Fox News Digital exclusively reported that a white car was seen in gas station surveillance footage one mile from the crime scene at 3:45 a.m. the morning of the murders.

"There’s a 24-hour mark on a lot of those little videocams," Kristi Goncalves said of surveillance footage automatically deleting.

Her husband added, "If the key part of the evidence is outside that residence then we have to get it now."

In a solo interview with NBC's "Today Show" that also aired Thursday morning, Kristi Goncalves said she feared the case may go cold and is frustrated that investigators aren't sharing more information.

"It’s sleepless nights. It’s feeling sick to your stomach. It’s just being left in the dark," she told the reporter.

Last week police issued a press release asking for the public's help locating a 2011 to 2013 white Hyundai Elantra that was spotted near the crime scene around the time of the murders.

Police haven't indicated whether the car in the gas station surveillance footage they retrieved Tuesday is the Hyundai.

Kristi Goncalves said that she and her family only learned about the Hyundai from the press release and suggested that the families deserve to learn about potential key evidence before the public.

"She asked, ‘Are you sure you want to know this?’ and my daughter, thinking that she did for whatever reason, said yes, and she proceeded to tell her," Kristi Goncalves said.

The family had a meeting with police and officials Monday to try to repair their souring relationship.

The shattered mother also recounted the confusion and chaos on the day she learned of her daughter's murder.

"There was nothing you could do," she said, crying. "Absolutely nothing. We’re running around for hours just not knowing what was going on, what happened because we found out by people calling us."

When the sheriff showed up three hours later, she knew it was real.

Members of the community can call in tips at 208-883-7180, email tipline@ci.moscow.id.us or submit digital media here.