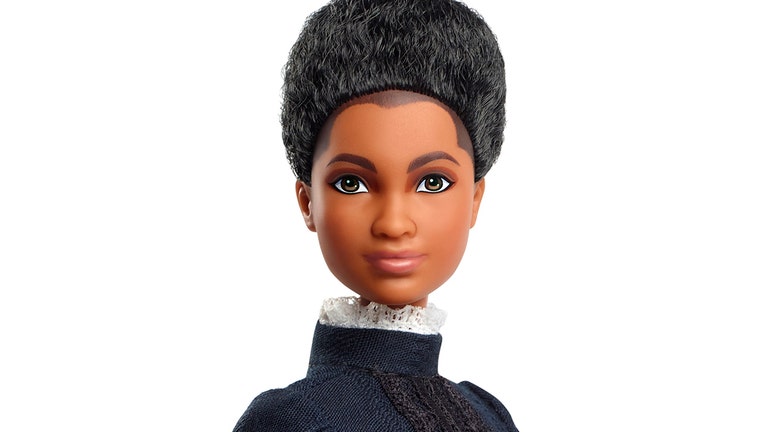 Image of the new Ida B. Wells doll released by Mattel’s for its new Inspiring Women Series. (Photo courtesy of Mattel/Aly Lloyd)

WASHINGTON - Ida B. Wells, a Black journalist and civil rights activist, will be honored for her lifetime accomplishments with a new Barbie doll for Mattel’s new Inspiring Women Series.

The new doll wears a long, lace dress and holds a miniature replica of the "Memphis Free Speech" newspaper, a publication she co-owned. According to Mattel, the Wells doll costs $29.99 and will be available starting on Jan. 17 at major retailers including Amazon, Walmart, and Target. The company said the doll captures Wells’ activist spirit to inspire girls through doll play.

"We are incredibly proud to welcome pioneering civil rights activist and suffragist Ida B. Wells to the Barbie Inspiring Women line, so kids can learn more about the great strides she made toward equality during her lifetime," according to a statement from Lisa McKnight, senior vice president and global head of Barbie and Dolls for Mattel. "It is so important for kids to be exposed to role models like Ida B. Wells to remind them that they are powerful and can make a difference in the world."

Wells was born into slavery in Mississippi and became a schoolteacher and created the first kindergarten for Black children. She moved to Chicago's South Side in 1894. Wells became an investigative journalist who crusaded against the lynching of Black people and pushed for women's right to vote.

Image of the new Ida B. Wells doll released by Mattel for its new Inspiring Women Series. (Photo courtesy of Mattel/Aly Lloyd)

A massive art installation honoring Wells was displayed at Union Station in Washington, D.C. in August 2021 to commemorate 100 years of women’s constitutional right to vote, according to FOX5 DC. In February 2019, a street in Chicago was named after Wells. Ida B. Wells Drive stretches from Grant Park west to the entrance to the Eisenhower Expressway.

Barbie debuted the Inspiring Women Series in 2018, a doll line devoted to honoring historical and present-day role models who paved the way for generations of girls to dream bigger, according to Mattel.

FOX5 DC, FOX32 Chicago, and the Associated Press contributed to this story.