As of Wednesday, the candidates were in a virtual tie. Those issues literally forced one Everett man up a tree. 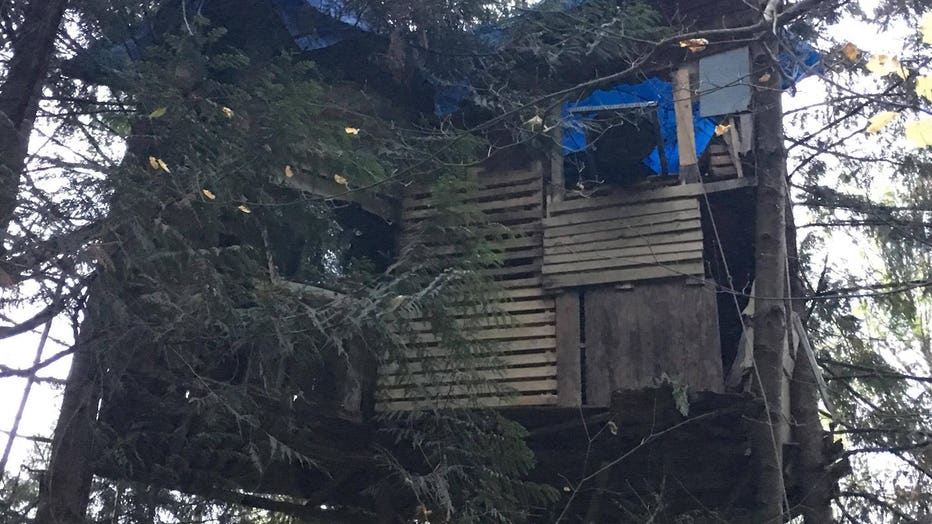 Seriously. He's living in a two-story, self-made tree house in a wooded area near 128th street in Everett.

"I'm 34 years old and homeless," said Robart Blocher, still almost in disbelief of the words coming out of his mouth.

The clean-cut Snohomish man doesn't really look the part. He's only been homeless for the past three months. 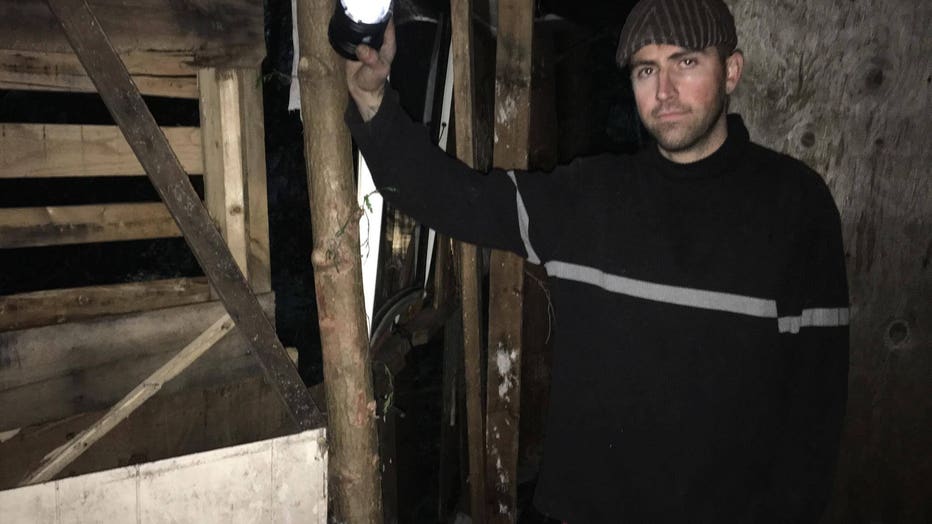 Now, and for the past three months, he lives two stories up, inside a tree house he made with his bare hands.

Addiction, medical care, a mental disorder and jail time (in a case ruled 'self-defense') are all things he says got him here. The cost of living, he explained, also a huge factor as well. 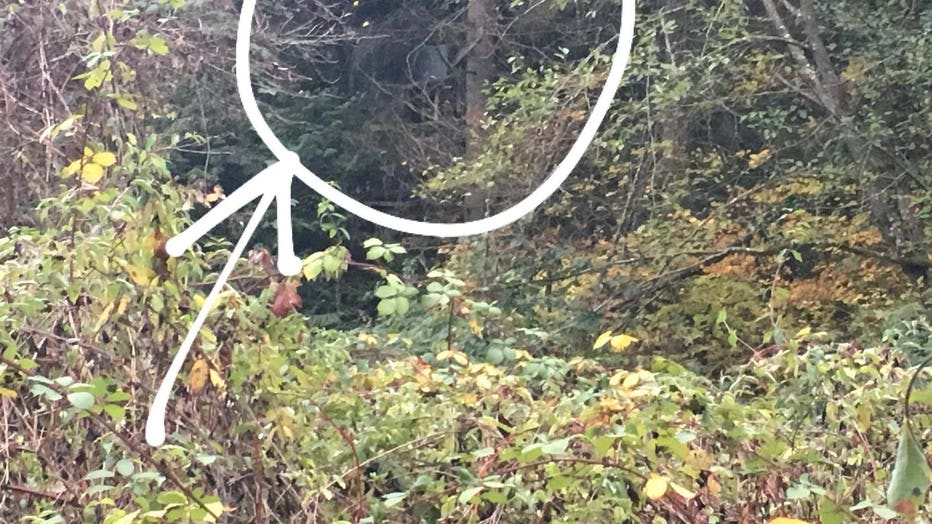 "There's no way I could afford my own apartment and then having to rely on a roommate. Not everybody's reliable," Blocher explained. "That's why I ended up out here. Cause I had roommates and it didn't work out and I got left holding the bag and lost my place."

The situation has forced him to be resourceful, jerry-rigging used pallets as walls, salvaging an old car for a bay window and even building an add-on grill as a second-floor stove -- all in the trees. 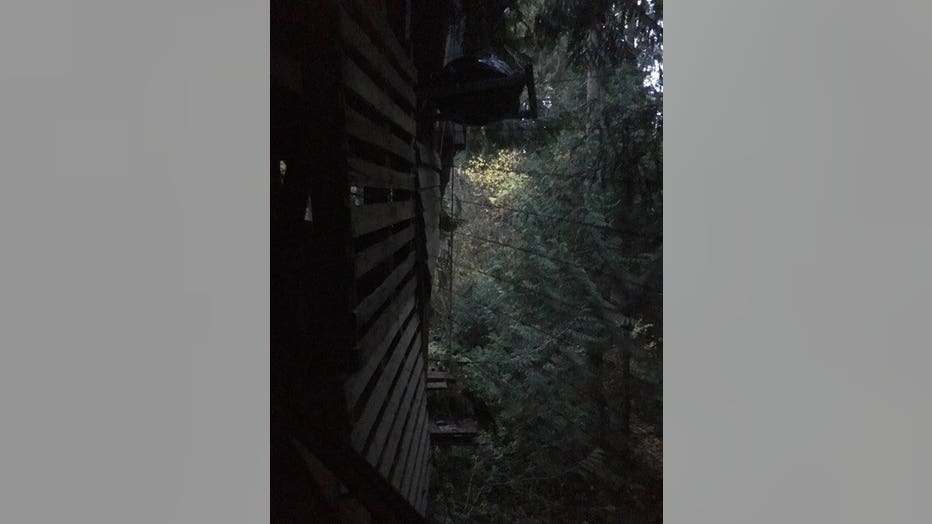 It's impressive, but to the volunteers trying to help him.

"Do you want to be out in the cold? No. Does anybody want to be?" said Stephanie Gaspar, a volunteer with The Hand Up Project. "They feel that they are worthless. They feel like they've done this to themselves. Some of them take amazing ownership."

Wednesday, Gaspar, along with about a half dozen otherhalf-dozens, handed out supplies and food.

It's their attempt to "build bridges", creating a relationship of trust for resources. 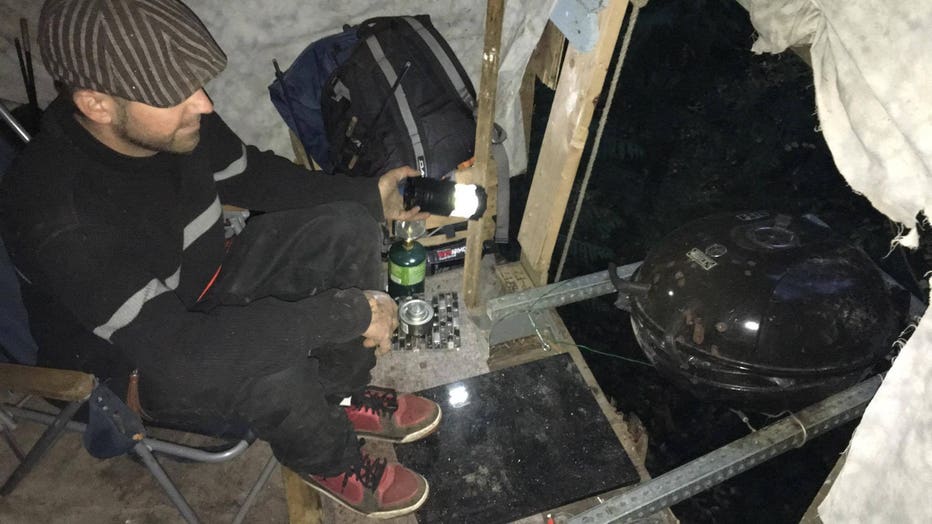 "Honestly it was a godsend that they brought me food today because I've been without food for almost a week now and just living on scraps," said Blocher. 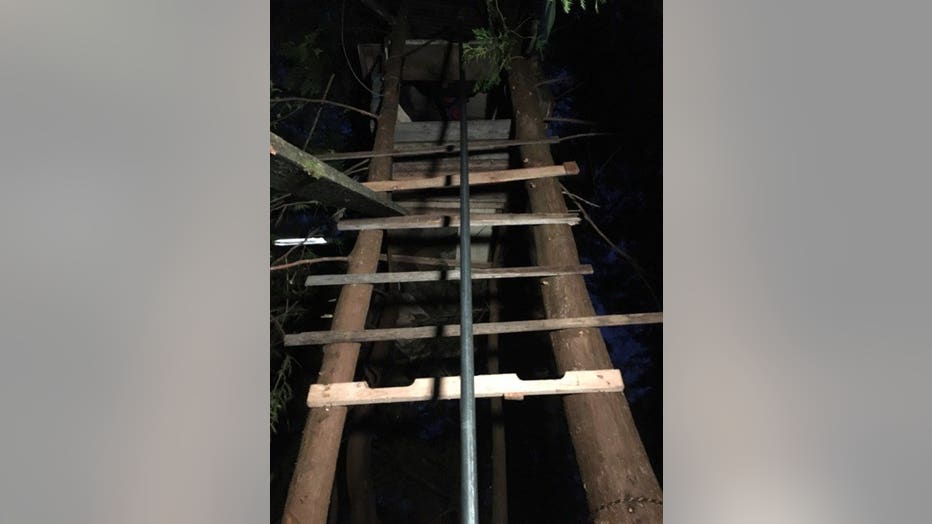 To Blocher and the others who camp near him, this kind of lifestyle is not their first choice.

"We don't really have any other options to be honest," said Kyle Badar, whose been living homeless for the past two years.

Badar is in a category of his own--working part time as a lineman for Comcast and claims to be clean for the past year.

His biggest frustration is the stigma that surrounds his situation. 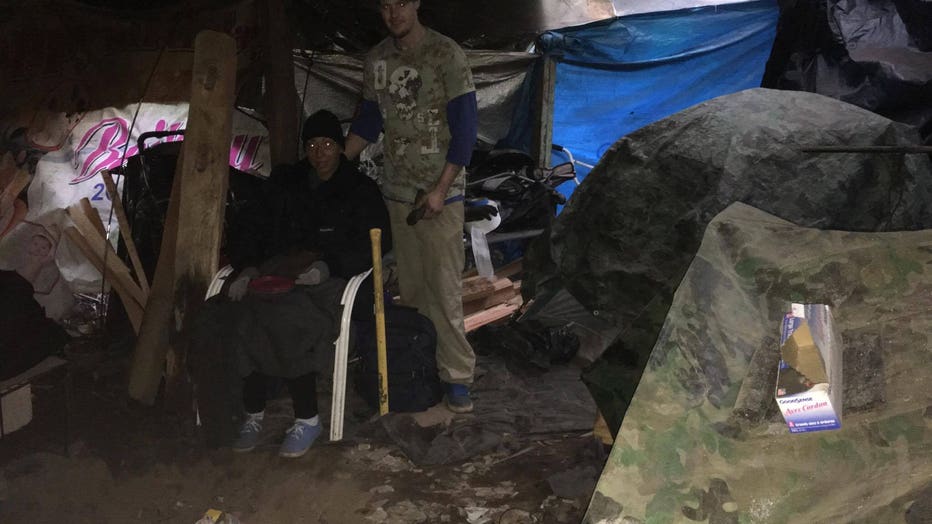 "They look at us like we're bad people," said Badar. "I'm actually out here helping people and I love it. Seeing them happy, seeing them smile. I mean, I've had to save a couple people's lives by using Narcan on them or running up to them and shaking them, waking them up, make sure they're okay."

Both Badar and Blocher admit they chose the spot--hidden about a half mile into the wooded area near 128th Street because they didn't want to worry nearby homeowners or make children walking near the sidewalk feel uncomfortable.

His housing -- a combination of tents, tiles, and tarps with a fire pit in the middle. A place where he says needle's don't belong. 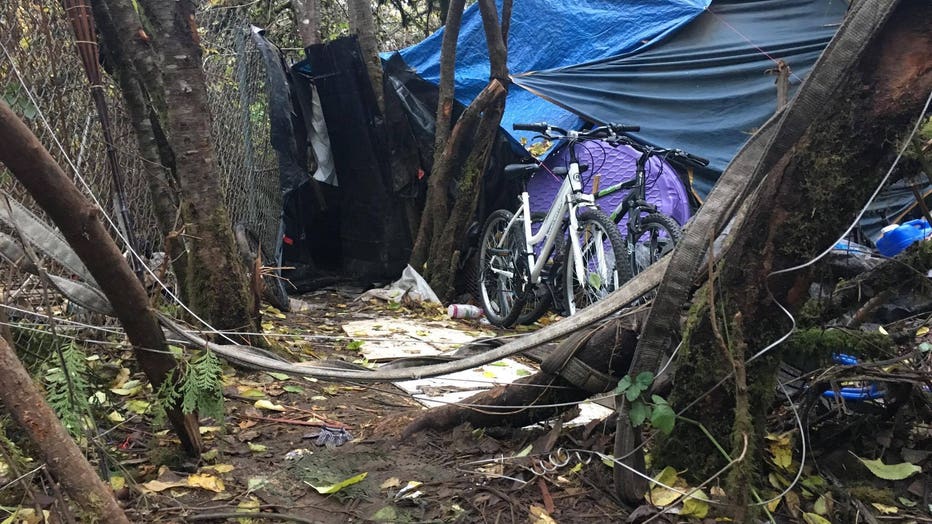 But he does see the needles around. Now, even more, then he did two years ago, and agrees the problem is getting worse.

"Lots more people are getting addicted because they don’t have a job, they get depressed or they turn to drugs--using it as a coping mechanism," said Badar. "And housing is so expensive. The housing market has gone up price wise, jobs have gone down, and people are becoming more and more homeless because they cant afford bills, rent, or any of that."

Volunteers with the Hand Up Project offered Blocher help finding housing if he agreed to let them take him to a detox facility. Blocher agreed.

Both Blocher and Badar say the Snohomish County Sheriff's Department has given folks living in the wooded areas until November 30th before their encampments and tree house are cleared out.