MOUNT VERNON, Wash. -- The worst flooding in more than a decade, continued for some communities in Skagit County Friday.

Flooding on the Skagit River forced about 250 to evacuate their homes Thanksgiving Day.

A flood warning remains in effect until Saturday morning for the Skagit River in Mt. Vernon. The river is expected to recede below flood stage around 10 p.m. Friday. 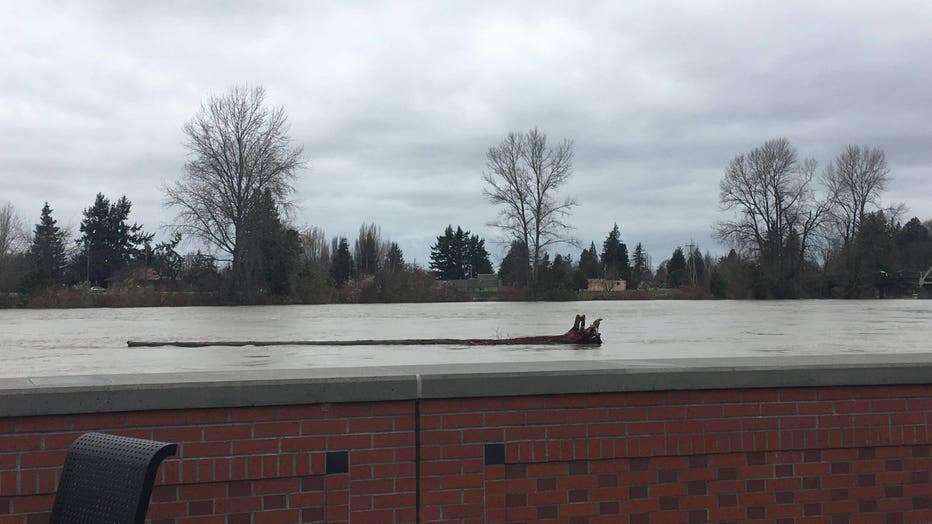 Mt. Vernon is a city that's historically familiar to flooding along the riverbanks.

As flood waters rose this Thanksgiving,  residents living near or working along the river had more to be thankful for this year.

"This is the highest I’ve seen the water since 2006," said Joe Lindquist, a city council member in Mt. Vernon.

The levels triggered a lot of onlookers, including a few brave kids, walking on top of the new floodwall, all trying to get a glimpse of the swiftly moving water. 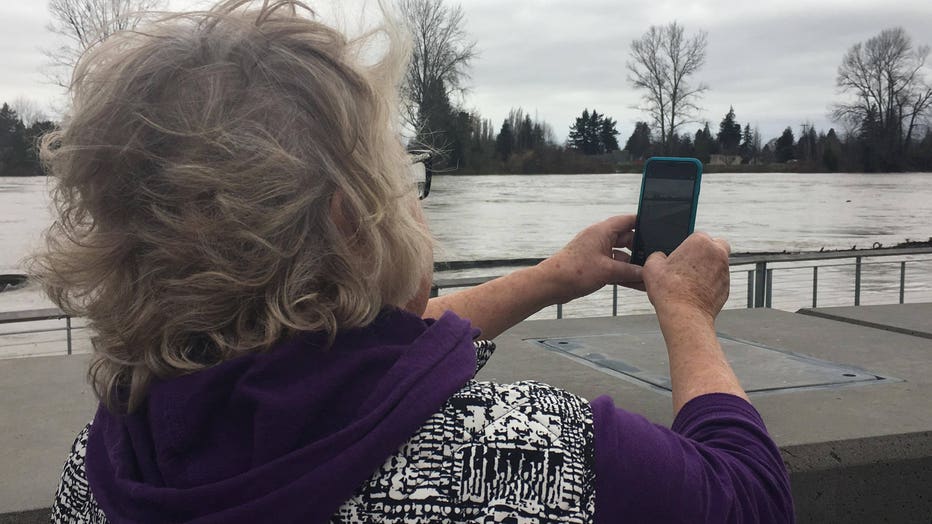 "It’s a huge improvement that we’re even standing here," said Melanie Maysey, walking the new promenade with her family. "We’d be underwater."

Maysey would know, she's lived in Skagit County since she was six.

According to Brent Bauer, a hydrologist with the National Weather Service, the Skagit River crested at 31.15' Friday morning. That's considered a 'major' flood stage for a river that usually begins seeing minor flooding at 28'.

Many longtimers say the levels Friday would have been disastrous a decade ago.

"This is definitely a huge improvement I would say," said Maysey of the nearly complete floodwall.

For years flooding along the riverbanks of the Skagit River meant walls of sandbags lining waterfront businesses.

"Normally we’d have to mobilize large groups of people to sandbag," said Lindquist, with his family strolling along the new walkable area.  "We don’t have to do that anymore so that’s a huge plus." 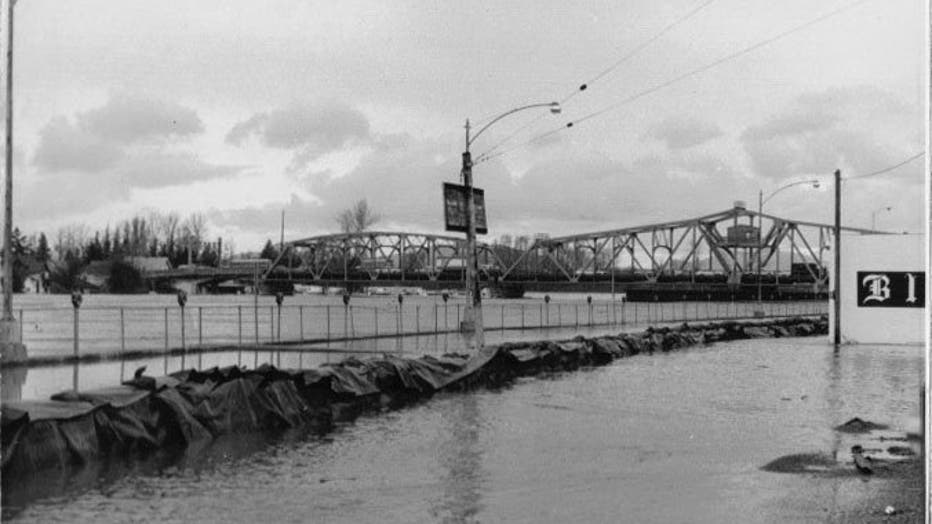 Sandbags aren't needed anymore thanks to the cities nearly complete 1.7-mile floodwall set to be finished by the end of the year.

Rising waters on the other side of the floodwall once debilitated some retailers because of the astronomical cost of flood insurance, but with only about 70' of the wall remaining to be built – the city and some local businesses hope it stimulates the economy.

"This will be the second year they actually put up some of the panels on the entryway," said Paul Springer, of the wall that's part of the nearly decade-long flood plan for the city.

And so far,  the wall -- which hasn't had to deal with major flooding in about ten years seems to be working. 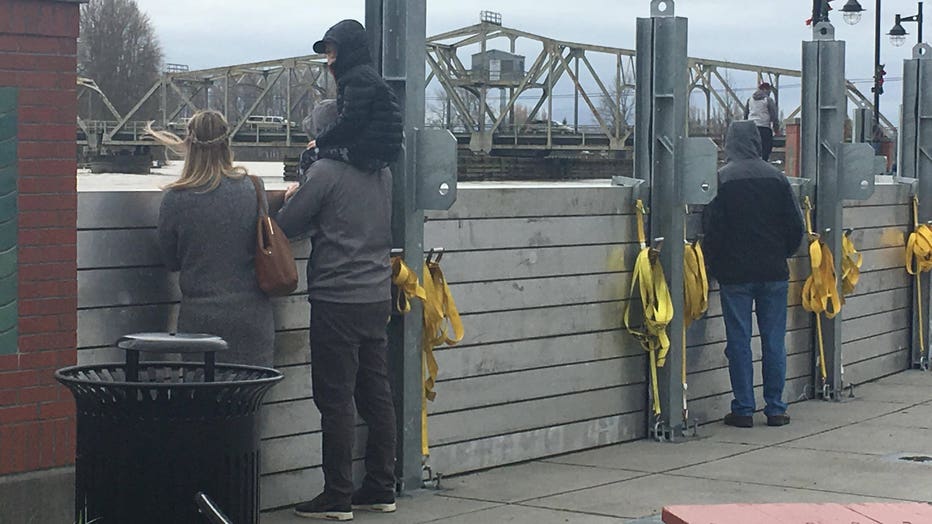 Once complete, the wall will likely save big bucks for business owners like Springer who owns and operates the Trumpeter Public House near the river.

Springer, like most retailers nearby--pay a premium for flood insurance at businesses along the river.

The city hopes a dry downtown will bring more businesses here and eventually more Black Friday buyers to shop and dine locally too.