SEATTLE - It’s the case that once terrorized not just Western Washington, but an entire nation for decades. Q13 News has learned the youngest victim of serial killer Gary Ridgway has been identified.

The identification brings up a largely unknown fact about the historic serial killer case. For the King County Sheriff’s Department, it’s never been closed.

Behind the scenes, they’ve never stopped searching for the missing and working to identify nameless victims. For one detective in particular, being able to close this chapter in the case comes after a long emotional journey for answers.

It was a call that to anyone else would’ve been horrifying, but to the Green River killer task force, it was practically routine.

"The manager over at the little league baseball field in Burien, his dog had come home with a bone and he thinks it looks like it might be human. We went over there and probably within five minutes one of the officers had spotted the rest of the remains," explains retired detective Tom Jensen.

RELATED: Case of the 'Green River Killer' examined in documentary

The victim added to the overwhelming list of girls and young women who fell prey to the Green River killer. This latest victim was one of six victims who’d been found within a less than two-week timeframe; 18-year-old Cheryl Wims was found the next day, less than 100 feet from her.

"We spent the majority of 1984 recovering bodies."

For Detective Jensen, the call to the little league baseball field was his first murder case on the Green River task force.

"What you have to understand is I wasn’t a homicide detective when I started this case. I was a burglary theft detective and I got moved into a serial murder investigation."

He remembers the victim, just bones then but mainly intact, was in the fetal position. They didn’t know her name, so investigators began referring to her as Bones 10. They could tell she was just a child.

"It did bother me that she was so young and she was unidentified."

Years, then decades went by. There’d be many more victims. Budget cuts to the Green River task force slowly dwindled the team down to one.

When former task force member Dave Reichert became sheriff in 1997, he pushed for funding for forensic testing. Detective Jensen submitted the DNA that would finally crack the case and give investigators the evidence they needed to arrest Gary Ridgway in 2001, someone who’d already been a suspect for nearly 20 years.

All the while, Bones 10, estimated to be possibly as young as 12 years old, remained unidentified.

As part of his plea deal, Ridgway was to help detectives. But when it came to Bones 10, like so many of his victims, he knew nothing about her. 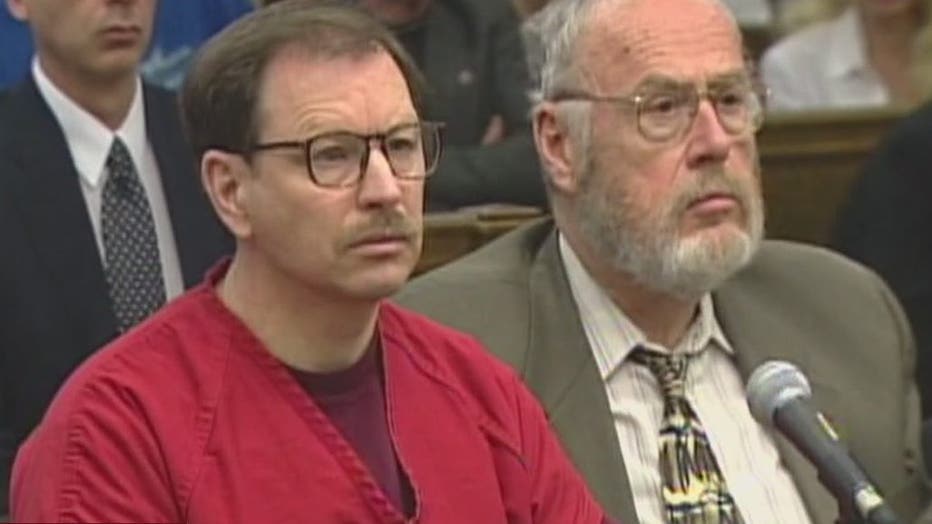 After pleading guilty to 59 murders, Ridgway was sentenced to life in prison in 2003. But Detective Jensen knew his work on the case was far from over.

"You’ve got to send these girls home…emotionally it was probably my number one project," says Jensen.

He couldn’t let Bones 10 continue to be nameless.

He never gave up. And now, 36 years later, thanks to help from the nonprofit the DNA Doe Project and King County forensic anthropologist Kathy Taylor, she’s finally been identified. She is no longer Bones 10; she is 14-year-old Wendy Stephens.

For Detective Jensen, finally knowing her name is profound, and emotional.

"Somebody had to be there for her, nobody else was."

Wendy Stephens was just 14 years old when she ran away from home in Colorado and a short time later was murdered by one of the most infamous serial killers in Seattle, a city she had no ties to.

"It was kind of frightening that we had this identification and we don’t have this record of her having ever been here. There’s a lot of answers that I’d like to have."

As always, it’s not easy for him to be done with the case, even if now, it’s officially closed. Technically, Detective Jensen is retired, but he calls himself a volunteer for the department. Still busy as ever, still saying his work is far from over.

New details on the youngest victim of the GRK, Wendy Stephens.

The identification does not affect Ridgway’s criminal case, as he already pleaded guilty to killing Stephens when she was still referred to as Bones 10.

There are two more unidentified victims of Ridgway the department is still working to identify. The sheriff’s office has not had a cold case unit in many years, but they refuse to close the books on these cases until there is a resolution.