A new wildfire, the 'Canyon Road Fire', is causing level 2 evacuations in the south central part of Washington State.

OAKRIDGE, Ore. - A 27-year-old firefighter died after being hit by a falling tree Wednesday at the Big Swamp Fire in southwestern Oregon.

According to the Douglas County Sheriff's Office, Collin Hagan of Toivola, Michigan was critically injured around noon Wednesday. Medics performed life-saving efforts, but Hagan died at the scene.

"It is a sad day in public safety." Sheriff John Hanlin said. "On behalf of the men and women of the Douglas County Sheriff’s Office, I extend my heartfelt sympathies to Firefighter Hagan’s family, friends, co-workers and all who knew this brave young man." 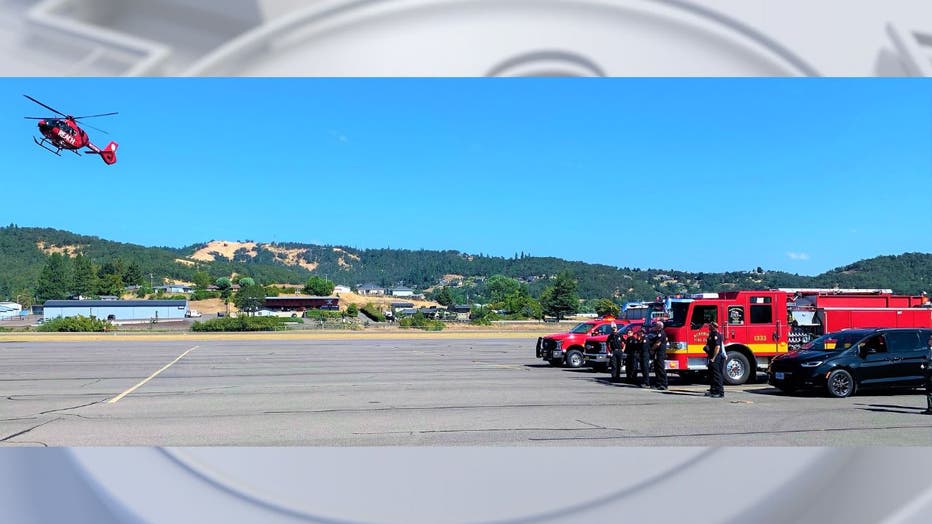 Hagan was assigned o the Craig Interagency Hotshot Crew based in Craig Colorado.

Firefighters from the Bureau of Land Management, United States Forest Service, Roseburg Fire Department and Douglas County Fire District #2 gathered to honor Hagan when his boy arrived at Roseburg Regional Airport. The firefighters then did an honor escort to the funeral home.