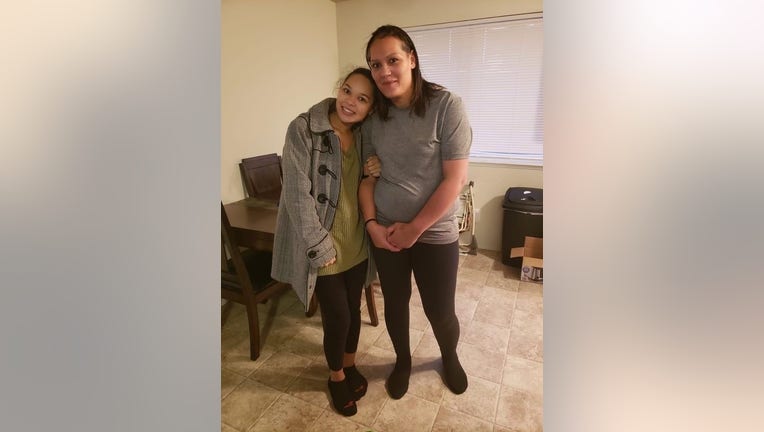 Angelina Palmer, a mother of nine, was an innocent bystander killed outside of a Spanaway 7-Eleven on Thursday night.

SPANAWAY, Wash. - A mother of nine was killed Thursday night outside a gas station in Spanaway.

Family of Angelina Palmer have identified her as the innocent bystander caught in the crossfire at a 7-Eleven gas station on 174th and Pacific Avenue South. She was shot and killed on her 39th birthday.

According to investigators, Palmer was leaving a store when two people in separate cars were involved in an altercation – shots were fired, and that's when Palmer was hit.

Deputies rushed to performed first aid until medics arrived. She was taken to the hospital but later died.

Palmer's brother said she loved her kids, and was a good person. He fears that they won't be able to give her the burial she deserves, they've set up a GoFundMe account in hopes of raising funds.

However, there is concern that others – not connected to the family – had attempted to collect funds immediately after the deadly shooting. You can find the official link to the Palmer family's GoFundMe here.

As for neighbors, they're worried about violence in the area.

"There is so much killing out here it is unreal," said neighbor Reginald Edge.

Edge said his neighborhood has become more violent than he can remember over the last three decades he has lived in the area.

"I feel like there’s a shortage of deputies and I see more out here going to more emergencies," he said.

Deputies are investigating after they say an innocent bystander was killed after she was caught in the crossfire outside a Spanaway gas station Thursday night.

According to Moss, no suspects are in custody and they remain outstanding.

Anyone with information is urged to call the Pierce County Sheriff's Department or submit a tip anonymously through Crime Stoppers by calling 1-800-222-TIPS.