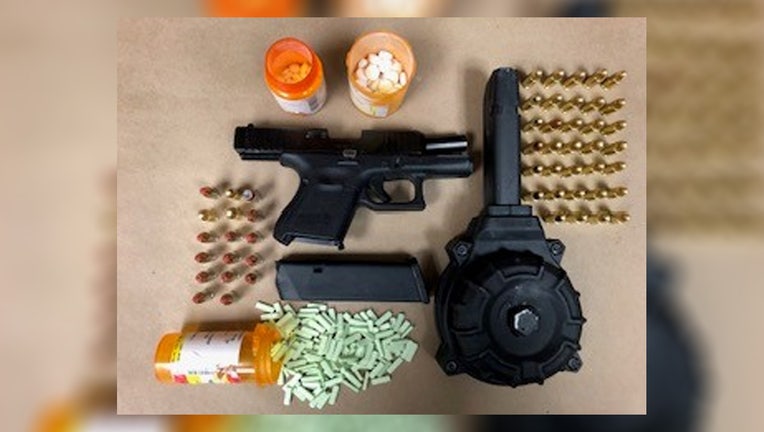 Last week, the EPD’s Violent Crimes Reduction Unit identified the suspect, followed him to a local Subway restaurant and arrested him.

After the arrest, crews searched his apartment and found a safe containing numerous amounts of illegally possessed narcotics, and a stolen Glock handgun with an extended magazine.

The suspect was booked for first-degree unlawful possession of a firearm, possession of a stolen firearm, violation of the Uniform Controlled Substances Act with Intent and his arrest warrant for the drive-by shooting in Renton.

RELATED: $1.5M worth of drugs seized from Everett apartment during eviction clean-up

Two residents of Marysville were arrested today following an investigation into parts shipped from China that could be used to make counterfeit oxycodone pills, according to US Attorney Nick Brown.