Everett Police are searching for scammers who handed a fake $100 bill to an 11-year-old running a lemonade stand, and asking for exact change back.

EVERETT, Wash. - Police are searching for man who took advantage of an 11-year-old running a lemonade stand by handing him a fake $100 bill for a drink and asking for exact change.

According to the Everett Police Department (EPD), the incident happened sometime over the summer on Beverly Blvd. The suspect handed 11-year-old Jeremy a counterfeit bill, and received a drink and $85 in change.

According to the EPD’s Facebook post, Jeremy spent his own allowance money to set up this lemonade stand, and he ended up using what allowance he had left to give the suspect his change. 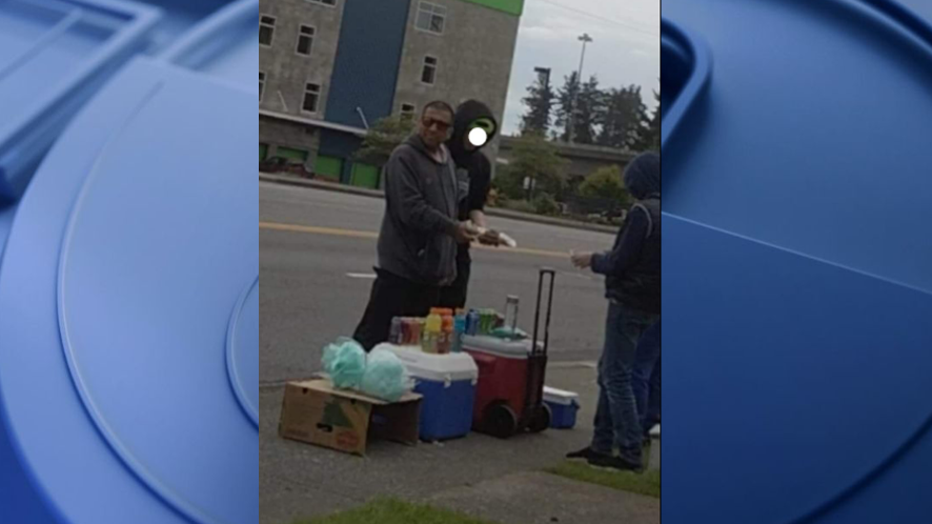 "While our detectives work hard to bring closure to every case, this case struck a particular chord with them, and they want to do everything they can to get justice for Jeremy and catch this counterfeiter," The EPD wrote on Facebook.

Police are asking anyone with information on this suspect to call their tip line at 425-257-8450, or message them on their Facebook page.

A family is warning the public about a scam that is hitting three counties in Western Washington.