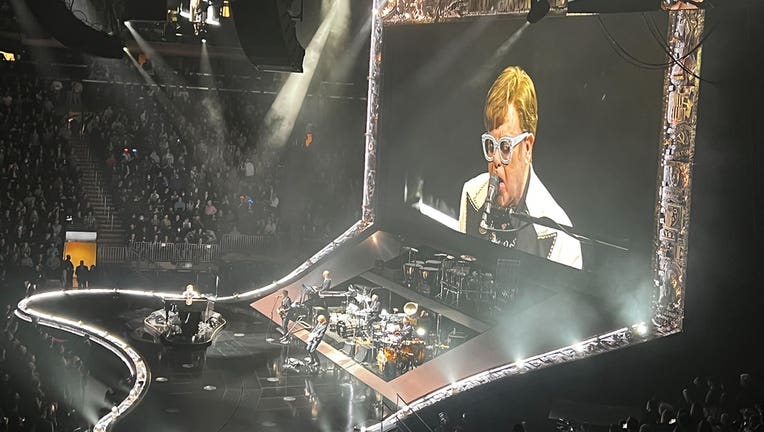 He has been on his farewell tour worldwide since 2018 after he announced he was retiring from touring.

The last time John was at the Tacoma Dome was in 2019, for the very same tour. The additional Tacoma Dome dates, along with nine other shows, mark his last North American tour dates.

It has been nothing short of incredible," John said in a video announcing the performances. "And I look forward to seeing you very soon one last time."

The audience will experience a rare glimpse into John’s life and the deeply personal meaning behind some of his greatest hits, with mesmerizing, never-before-seen photos and videos shown throughout the show, the tour touts.

He'll be performing several of his greatest hits over the last few decades.

"It’s hard to believe that after tomorrow in St. Louis, I’ll have just a handful of shows left before I wrap up my final arena performances in the United States. This year will see my grand finale in North America, playing stadiums all around the country, with the most spectacular production I’ve ever had. Thank you for sharing this journey with me. I cherish these memories we’re making together. It has been nothing short of incredible and I look forward to seeing you very soon one last time, on my Farewell Yellow Brick Road Tour," Elton posted on Instagram.

You can find ticket information here.