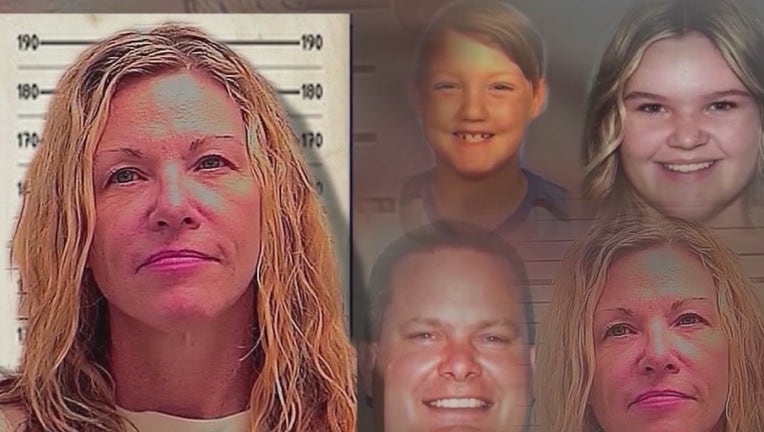 ST. ANTHONY, Idaho - An Idaho judge on Tuesday found that Lori Vallow Daybell is competent and fit to proceed to trial for the deaths of her two children, JJ Vallow and Tylee Ryan. She could face the death penalty if convicted.

Court documents obtained by FOX 13 News show that a judge lifted a previous order from Oct. 6 that had paused the case pending a competency evaluation.

The specific findings of the evaluation were sealed and will not be released to the public.

A judge has been considering whether to split up the trials of the couple accused of conspiring to kill her two children and his late wife.

An attorney for Chad Daybell asked a judge last week that his client be tried separately from Lori Vallow Daybell, EastIdahoNews.com reported.

The attorney, John Prior, said the co-defendants will have "mutually antagonistic defenses" — a legal term that generally means a jury would have to disbelieve one defendant in order to believe the other.

Daybell and Lori Vallow Daybell were scheduled to stand trial in January in the case, in which prosecutors allege they promoted bizarre, apocalypse-focused spiritual beliefs in a plot to murder the family members and steal their money. Both Daybell and Vallow Daybell have pleaded not guilty, and Judge Steven Boyce has postponed the trial until officials can determine whether Vallow Daybell is mentally competent.

Chad Daybell’s attorney John Prior told Boyce at Thursday’s hearing that the cases need to be separated or they could become an "evidentiary nightmare."

"Our version of the facts of this case will differ greatly from what Ms. Vallow and her legal counsel are going to be presenting," Prior said.

Fremont County prosecutor Lindsey Blake said that the two should face trial together and that Daybell’s attorney didn’t meet the high burden required to justify severing the case. She noted similarities between evidence and witnesses the state will present against both defendants, and the trial is already expected to last 10 weeks. Splitting the cases would mean 20 weeks of trial time, Blake said.

A mother, who is accused of murdering her children, and her husband are scheduled for a court appearance and FOX 13 is talking to a reporter who's been tracking the case since the beginning.

The couple were eventually charged with murder, conspiracy and grand theft in connection with the deaths of the children and Daybell’s late wife. They could face the death penalty if convicted.

Prosecutors say the couple promoted unusual religious beliefs to further the murder conspiracies. Vallow Daybell’s former husband, Charles Vallow, died while the two were estranged but had said in divorce documents that Vallow Daybell believed she was a godlike figure responsible for ushering in the apocalyptical end times. Daybell wrote doomsday-focused fiction books and recorded podcasts about preparing for the apocalypse.

Friends of the couple told law enforcement investigators that the pair believed people could be taken over by dark spirits, and that Vallow Daybell referred to her children as "zombies," a term they used to describe those who were possessed.