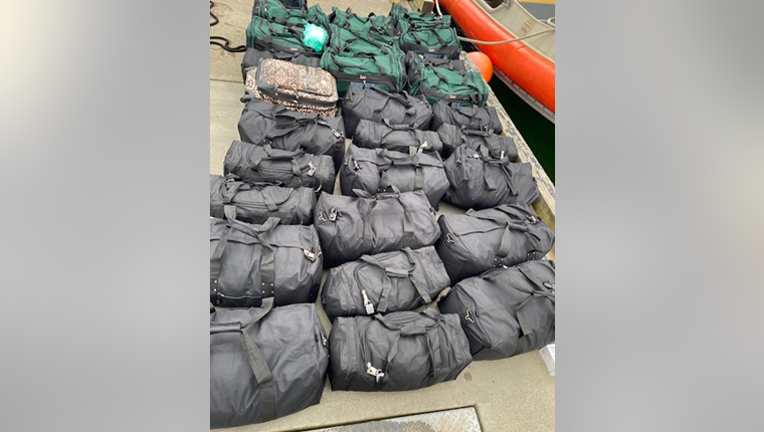 ALBERTA, Canada - A man has been arrested near the San Juan Islands for allegedly trying to take a small boat to Canada with more than 1,400 pounds of methamphetamine.

According to a criminal complaint, the U.S. Customs and Border Patrol noticed an 18-foot speedboat heading to Canada from waters near the San Juan Islands. Officers said the boat had Canadian registration numbers, but it was riding in shallow water.

Border Patrol officers were able to get the boat's driver to stop.

The driver, identified as 51-year-old Ted Karl Faupel, pulled back a cabin cover when officers asked, according to a criminal complaint. The officers saw 28 duffel bags that had small luggage padlocks on them, the complaint says.

"Acting on border search authority, officers made a small cut in one bag and observed shrink wrap packaging of what appeared to be crystal methamphetamine," according to the criminal complaint.

Due to the amount of drugs involved, Faupel faces a mandatory minimum of 10 years in prison, according to the U.S. Department of Justice.