A prolific burglary and car theft suspect on the run for months was finally caught in Pierce County on Nov. 23, despite her attempts at disguise.

PUYALLUP, Wash. - A prolific burglary and car theft suspect on the run for months was finally caught in Pierce County on Nov. 23, despite her attempts at disguise.

Deputies say 35-year-old Samantha Eazor was wearing a wig when she was spotted at a Safeway store near the intersection of Canyon Road and 112th Street E. in Puyallup. As she exited the store, her wig fell off, exposing her pinkish-blonde hair that she recently dyed in an effort to avoid capture.

She is being held on 11 felony charges, including three counts of first-degree assault for a Nov. 19 incident where she rammed into law enforcement vehicles. At that time, she also almost hit detectives, crashed into a 7-11 store, smashed a Red Box rental machine and hit a dumpster last week in Tacoma while trying to evade police.

In July, detectives say Eazor, Levi Wilms, who is in custody, and Damien Davis broke into a home in Tacoma and rummaged through it while the homeowner was asleep upstairs.

When they left, they also stole the victim's truck. It was later found stripped at an encampment in Fife.

Eazor was identified as a suspect in the burglary thanks to Crime Stoppers tips from Washington's Most Wanted viewers. Taskforce members and deputies have been working diligently to track her down for the past few months. 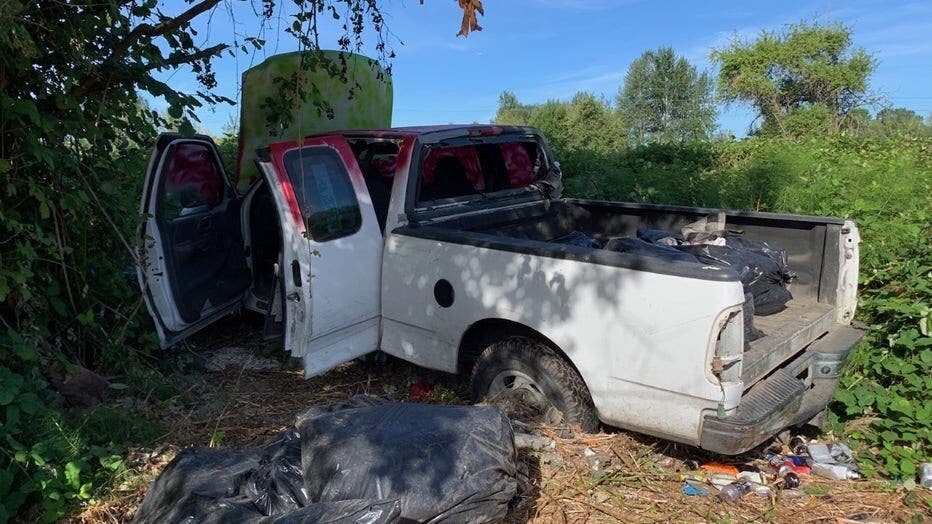 Last month, she stole a U-Haul pickup truck and fled from an officer when he spotted her driving it. The stolen truck was recovered in Tacoma.

Eazor was booked into jail and is being held without bail on 11 different warrants including residential burglary, vehicle theft, forgery, and failure to appear in court for numerous property crime and identity theft cases, as well as first-degree assault charges.

According to court documents, "the defendant has a very extensive criminal history, that includes no less than 7 separate felony cases from 2021 alone."

She is Washington’s Most Wanted Capture #1,233.

Davis was arrested in Puyallup.