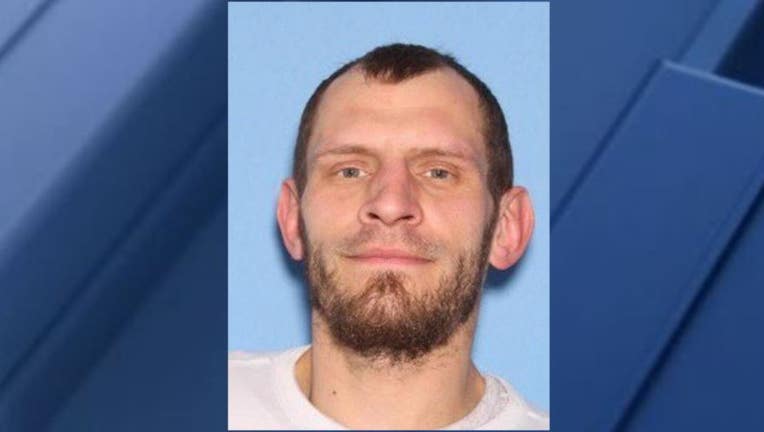 KITSAP COUNTY, Wash. - Detectives have identified a suspect accused of violently murdering two people inside their Olalla home Thursday night, and they believe he is hiding somewhere in Pierce County.

On Aug. 19, a woman visited her parents' house on Shady Glen Ave. SE near Purdy Creek to check on them. After finding trails of blood and evidence that someone forcefully broke into the home, she called 911. When authorities arrived, they investigated the property and discovered the bodies of 51-year-old Steven P. Shulz and 51-year-old Mina Shulz. Since then, detectives have been tirelessly working to find the person responsible for this brutal double homicide.

Woman checks on her parents, discovers they were violently murdered in their Olalla home

According to the Kitsap County Sheriff’s Office (KCSO), the woman who called 911 was the daughter of the two victims. She told authorities that she went to her parents’ house to check on them, and she saw trails of blood and evidence that someone had forced their way inside.

According to the Kitsap County Sheriff’s Office (KCSO), detectives have obtained a felony arrest warrant for 40-year-old Shaun D. Rose. He is believed to be hiding in the Tacoma area, and is considered armed and dangerous.

Rose is described as a white man, standing at 5’10" with brown hair. He has a criminal record that includes five felonies and two gross misdemeanors.

PREVIOUS COVERAGE: Woman checks on her parents, discovers they were violently murdered in their Olalla home

Investigators believe Rose stole a vehicle near Bowe Lane in Port Orchard on Aug. 18, and are looking for surveillance video in the area taken between the hours of 8:00 a.m. and 9:00 a.m. Anyone with video that could help detectives in their investigation is asked to email them to kcsodetectives@kitsap.gov.