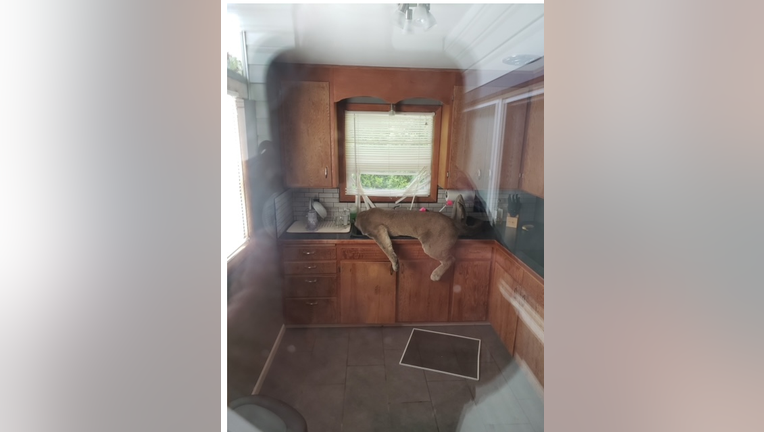 Cougar darted with tranquilizers after entering home in Ephrata, Wash.

EPHRATA, Wash. - A homeowner in eastern Washington watched in terror as a cougar jumped through his screen door and entered his home Tuesday morning.

According to Ephrata Police, the cougar was first spotted on D Street jumping a fence into someone's backyard. From there, the wild cat went north to F Street, where a homeowner was standing outside.

Police say the cougar tried to jump through a closed window. When that failed, it went through the man's screen door.

The homeowner called authorities and waited outside for a "lengthy period of time" until Department of Fish and Wildlife officers could get someone authorized to sedate the cougar to the home.

The cougar was eventually darted in the kitchen. The 150-pound cat will be released into the wild. 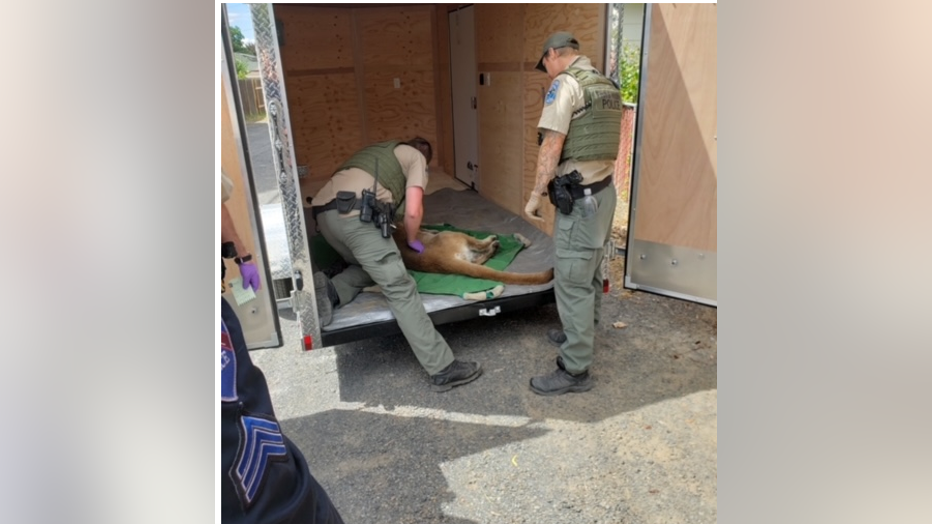 Wildlife officers load the tranquilized cougar into a truck to release in the wild.

Wildlife officials say cougar and bear sightings are not uncommon this time of year.

Department of Fish and Wildlife biologist Chris Anderson said most of the time during encounters, people have done something to attract the animal closer such as leaving out garbage or food.