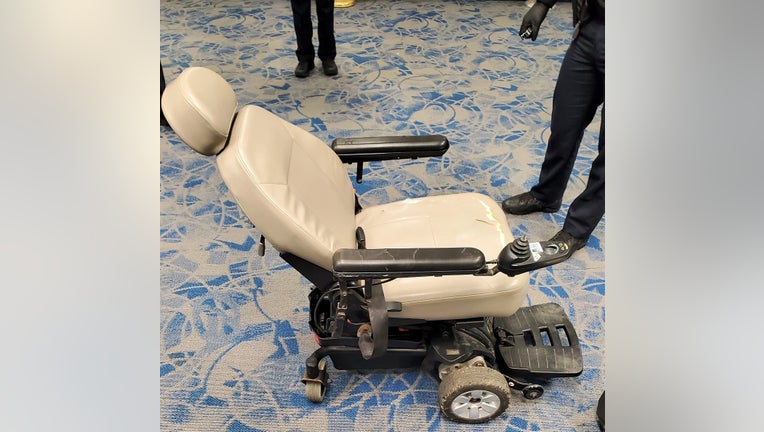 A man tried to use this wheelchair to smuggle 23 pounds of cocaine into the U.S. (photo credit: U.S. Customs and Border Patrol)

CHARLOTTE, N.C. - A 22-year-old man was arrested at the airport in Charlotte, North Carolina, after agents found more than 23 pounds of cocaine stashed inside the wheelchair he was using.

According to U.S. Customs and Border Patrol, Alexander Lopez-Morel was returning to the U.S. from the Dominican Republic on Tuesday when officers found packages of a white, powdery substance concealed in the electric wheelchair.

The four packages contained over 23 pounds of cocaine with an estimated street value of $378,000.

The wheelchair was turned over to Homeland Security, while Lopez-Morel was charged with felony trafficking in cocaine.

"This seizure demonstrates the dynamic border environment in which CBP officers operate," said Barry Chastain, CBP Area Port Director in Charlotte. "Our officers are determined to adapt and respond to these threats in an effort to stop narcotics reaching our communities." 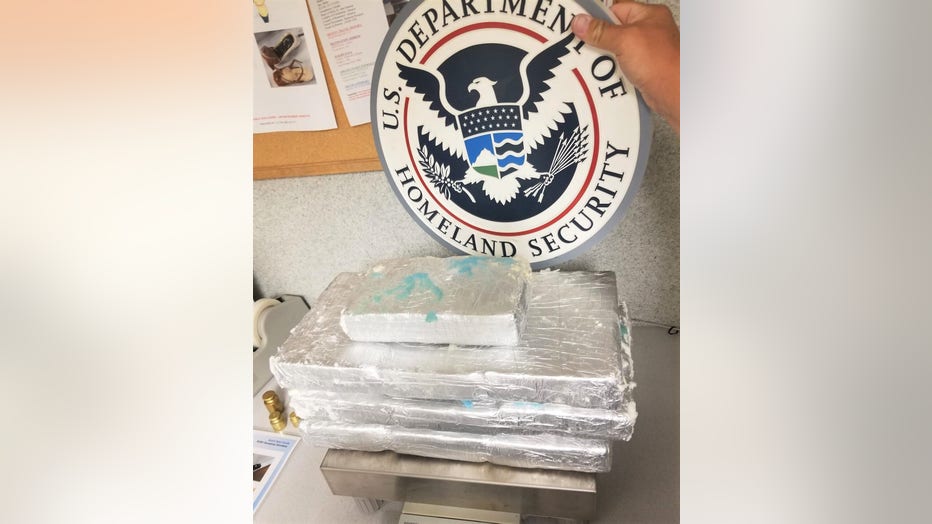 Two weeks earlier, CPB officers arrested a woman at the California-Mexico border after they found fentanyl pills wrapped inside a condom the woman had placed inside her vaginal cavity.

And in late April, CBP officers seized more than $35 million worth of methamphetamine in a tractor-trailer transporting strawberry purée in Laredo, Texas.