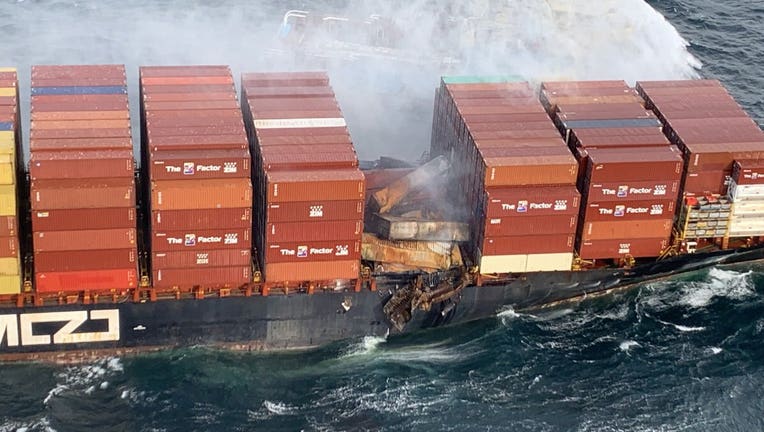 NEAH BAY, Wash. - Shipping containers knocked from a cargo ship near the Strait of Juan de Fuca have drifted dozens of miles out into the Pacific Ocean.

Coast Guard modelling of the containers’ trajectory does not show them moving to the shore, but if any do, people are urged not to open them, as two of the containers contain the hazardous chemical potassium amylxanthate. The chemicals caused a fire in the containers while still aboard the Zim Kingston.

Efforts to recover these containers were delayed until this weekend's bomb cyclone passed through, officials said.