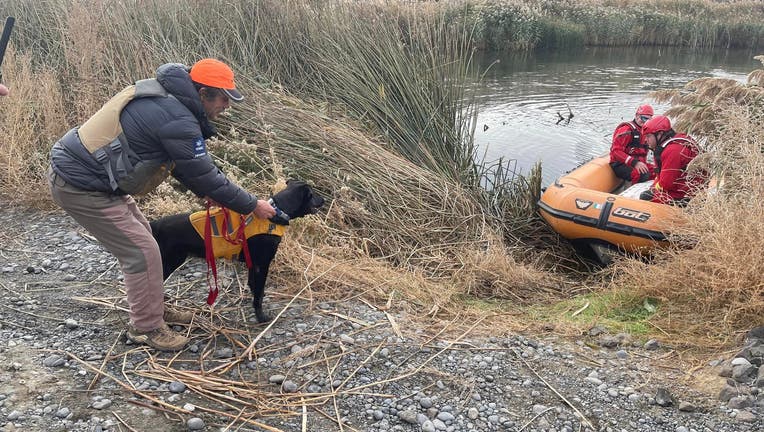 GRANT COUNTY, Wash. - The bodies of an Othello father and his son have been recovered days after their canoe capsized near Warden.

The Grant County Sheriff's Office said the father and his three sons went fishing at a seep lake on Friday. At some point, the canoe flipped.

One of the children, a 10-year-old boy, was able to get back to shore. Family members found the boy and called 911 around 11 p.m.

Rescuers arrived and recovered the body of the eight-year-old sibling that night, but were unable to find the other son and the father.

Search efforts continued into Sunday afternoon, and around 2:45 p.m., they found their bodies and returned them to their family.

Authorities say the surviving 10-year-old boy is doing okay and is in the care of his family.