A search is underway for a suspect who took off before officers arrived in response to a 911 call from a survivor of a horrific domestic violence attack in King County.

Officers are concerned for her safety and asking for the public's help to locate 26-year-old Blaine L. Kelly.

According to court documents, Kelly became very intoxicated on Sept. 24 and attacked the woman when she asked him to leave her apartment. He allegedly wrestled her to the ground, pinned her down and started hitting her head against the floor, before strangling her for 10 seconds at a time.

Then, police say that every time she tried to speak, he "would shove his fingers in her mouth, causing her to choke and not be able to breathe again" before he started slapping her in the face numerous times.

Charging documents say he smashed her head against a baseboard heater and told her that if she tried to leave him, "he would do some dark things to her."

She screamed for help hoping neighbors would call 911, and that's when got off her and ran out the front door. 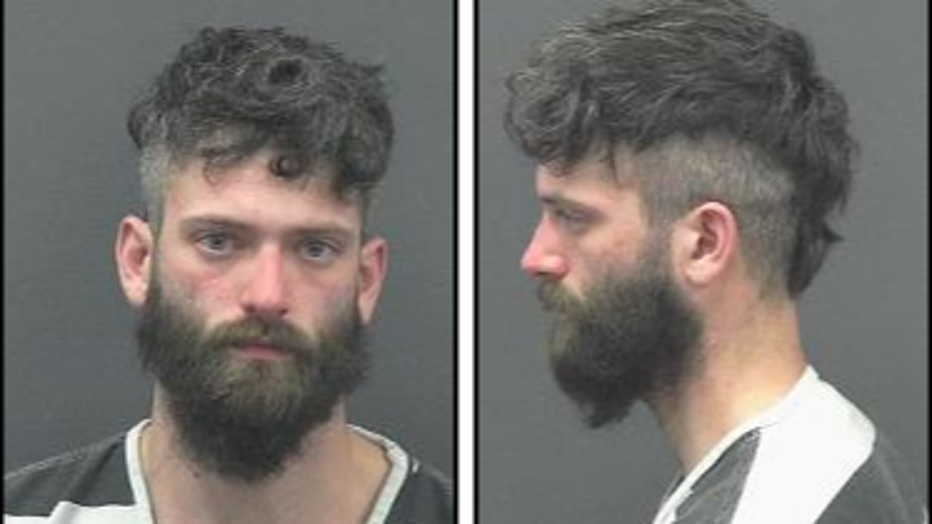 Redmond Police say Kelly sometimes works as a carpenter/tradesman. He does not have a vehicle and often stays in motels.  He has acquaintances in the Marysville area that he may visit.

If you spot him, please call 911.  If you can tell officers where to find him, submit an anonymous tip to Crime Stoppers of Puget Sound by texting the info through the P3 Tips App on your cell phone or call 1-800-222-TIPS (8477).  You will receive a cash reward of up to $1,000 if your tip to Crime Stoppers leads to his arrest.