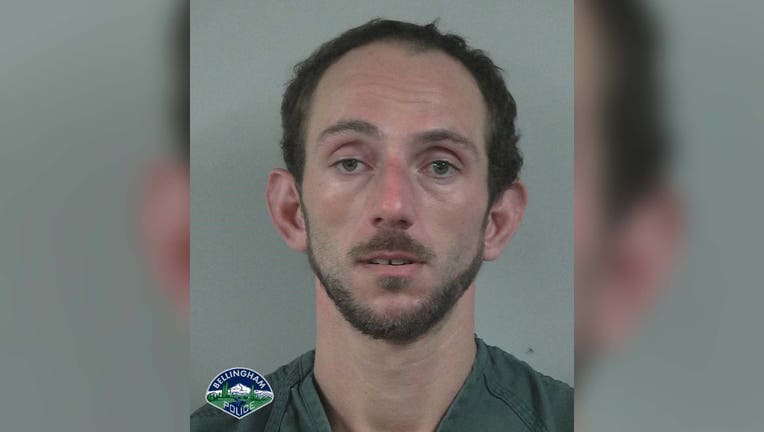 Shilo A. Englert (City of Bellingham)

BELLINGHAM, Wash. - Bellingham Police have arrested a man accused of shooting and killing a woman on Feb. 8.

Police say they attempted to arrest Englert earlier on Sunday, around 1 a.m., but Englert reportedly was alerted to their presence and ran away, avoiding K9 trackers. They pinned him at a unit in the Park Terrace apartments, set a perimeter and made announcements asking him to surrender.

According to police, Englert did not respond to the announcements or noise distraction advices. When police used chemical irritants, Englert came out and surrendered.

Englert was the last person seen with Kasaundra Booker at 22 North Apartments, before she was found shot in the head in the apartment stairwell. A woman not involved in the murder told police she last saw the two ‘smoking blues,’ a term meaning they were taking fentanyl.

FOX 13 spoke with Booker's mother, Vickie Turner, who said she was on the verge of turning her life around—just a day away from moving into the Agape Home for Women and Children.

Turner feared for her daughter's safety because of her drug addictions.

"I’m not ignorant to the fact that my daughter—she was beautiful—definitely had issues, and I think they played a huge part in all of this. And I mean drug issues," said Turner.

Bellingham Police say Englert will appear before a judge next week.