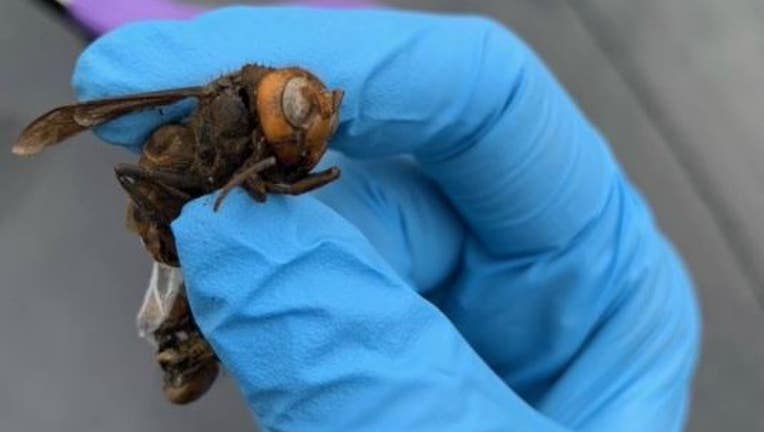 BLAINE, Wash. - Authorities in British Columbia have found an Asian giant hornet in a trap near Blaine, Washington.

According to the Washington State Department of Agriculture (WSDA), the hornet was caught in a Japanese beetle trap, another invasive species to Washington state.

WSDA said the hornet was found "well within the flight distance from the US nests."

WSDA will be working with British Columbia and US federal authorities to analyze DNA from the hornet in an attempt to see if it was from a U.S. nest in Blaine.

So far this year, the state has eradicated about three Asian giant hornet nests-- most of them from Whatcom County.

The most recent nest was eradicated just east of Blaine in late September. Ten combs were found on the tree.

Officials said the queen they discovered was a slightly different color and that all the hornets were workers, which means no new nests would be created from it.

The 2-inch-long invasive insects, first found near the U.S.-Canadian border in December 2019, are native to Asia and pose a threat to honeybees and native hornet species. While not particularly aggressive toward humans, their sting is extremely painful and repeated stings, though rare, can kill.

This nest was found near Blaine, Washington