AUBURN, Wash. - Auburn police are searching for two suspects who were caught on surveillance footage forcing their way into a family’s home and robbing them at gunpoint, all the while young children were present.

A husband and wife returned to their home just after midnight after visiting a sick relative on Saturday when two suspects ran toward them just as they got to their front door.

The suspects forced the pair inside and a woman can then be heard screaming on Ring footage as she struggled with one of the suspects trying to steal her purse.

"They made my parents show them their room and rummage through their stuff in their room and then they proceeded to break down my bedroom door where I was with my two daughters and robbed my room as well," said the couple’s older daughter, who asked to remain anonymous out of fear for her safety and the safety of her daughters.

She says what her 8-year-old witnessed that night was "traumatizing."

"She woke up while one of the suspects was threatening me with his gun and becoming aggressive, demanding money and she got up and proceeded to walk towards the closet and asked ‘mommy, what's going on?’"

According to their surveillance footage, the suspects were inside robbing the family for a little under 10 minutes, but with guns pointed at them and their lives threatened, the family says it felt like a lifetime.

The robbery was interrupted when the couple’s son-in-law came home.

"We have robberies and we have burglaries, but home invasions are extremely rare in Auburn," said Kolby Crossley, the public information officer at Auburn Police.

Investigators say it’s even rarer for a home invasion to be completely random, but the victims, in this case, don’t believe they were followed. They believe the suspects were wandering around their neighborhood looking for someone to prey on.  They left in a light colored vehicle caught on a neighbor's surveillance camera. 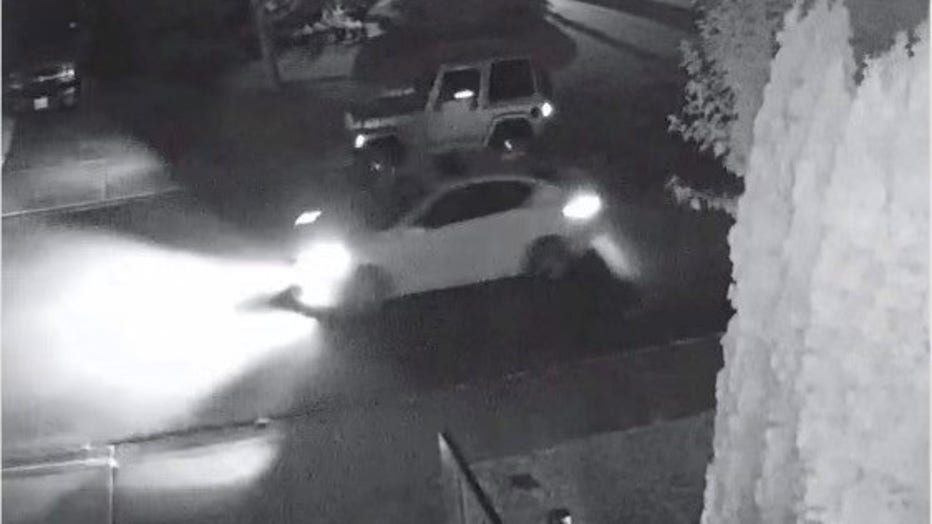 "We'll never come back from this the same. My parents did not deserve this. This is a new neighborhood for us. I took them out of what I thought was an unsafe neighborhood in the heart of Seattle to come to this great neighborhood for this to happen to them," the victim’s daughter said.

She says the suspects spoke English with no accent and were wearing gloves and covered head-to-toe so they don't know their races or ages.  The one who she said robbed her was about 5' 5" tall with a slim build and reeked of alcohol.

If you have any information to help police identify the suspects, submit an anonymous tip to Crime Stoppers of Puget Sound for a cash reward of up to $1,000. You can text it through the P3 Tips app on your smartphone or call 1-800-222-TIPS (8477). You can also submit tips at www.P3Tips.com.