CAPTURED: Both suspects in a takeover-style armed robbery of a Bellevue pharmacy were taken into custody, authorities said Friday. Bellevue Police recovered a loaded AR-15 along with the uniforms.

Bellevue Police are investigating a takeover armed robbery that happened in broad daylight at Clark’s Pharmacy on Bel-Red Road. Police said the suspects used zip ties on the employees. 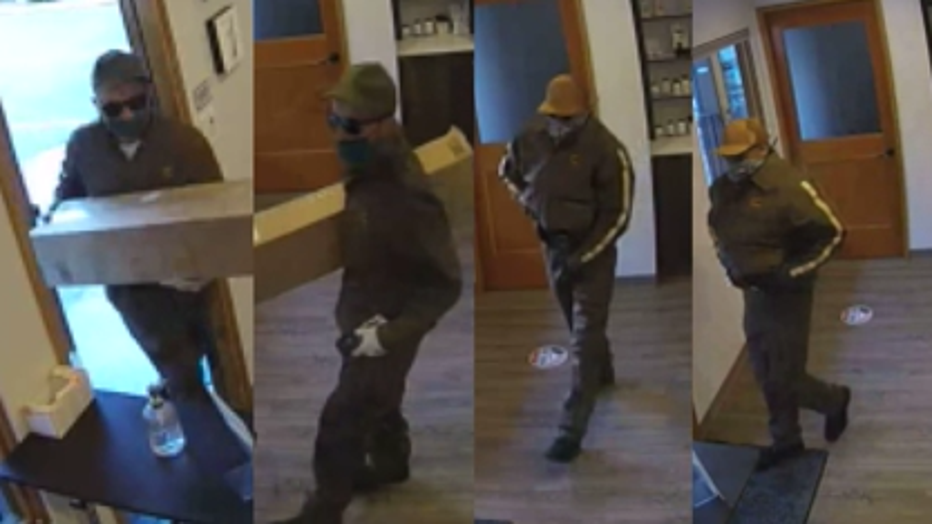 One of the suspects was allegedly holding a long box that contained a rifle, and the second suspect allegedly pulled out a hand gun.

"There was an element of planning. They came dressed as delivery drivers and they were armed. They were willing to take over and basically hold people hostage, so the level of commitment and preparation is concerning," said Bellevue police captain David Sanabria.

Sanabria said the robbery lasted between eight to ten minutes, and as traumatic as the event was, the victims did everything right.

"They cooperated. They didn’t fight, they didn’t challenge," said Captain Sanabria. "They immediately called 911. They provided an excellent description of what happened, and they gave us a direction of travel of which they last saw them."

The two suspects were last seen running across Bel-Red Road north toward Redmond.

The suspects got away with about $150, but the pharmacy does not carry narcotics.

"The staff here performed admirably they did absolutely the right thing. Two gentlemen approached my staff armed with weapons, demanded cash and drugs that we don’t have here on site," said pharmacist Shelby Bottemiller. "They conducted themselves professionally, calmly. Did their best to de-escalate the situation and ultimately managed to get no one injured."

One suspect has been described as a Hispanic male in his 30-40's, 6'0" tall with a stocky build. He's around 230-250 lbs with a thick Spanish accent. He was last seen wearing a black baseball cap, brown jacket and pants with UPS emblem on the jacket, black "work" boots/shoes, and a black western-style bandana across his face.

The second suspect is described as a white male between the ages of 25-35. He is 5'9" with a thin, average build. He was last seen wearing dark Oakley style sunglasses, a black baseball cap, a brown jacket and pants with the UPS emblem on the jacket, a black western-style bandana across his face.