Lakewood police said the first southbound train passed through the city before 8:30 a.m.

On December 18, 2017, an Amtrak Cascades train derailed over an Interstate-5 bridge in DuPont during its inaugural trip on a new route between Tacoma and Olympia. Three people were killed and dozens were injured.

After the accident, which closed the bypass to Amtrak service, WSDOT announced that it would not resume services until the full implementation of positive train control (PTC).

PTC technology automatically slows or stops trains that are operating above permitted speeds, according to Amtrak. Federal investigators determined that the train was going nearly 80 mph in a 30 mph zone when it crashed and that PTC was not operating on the Bypass at the time. 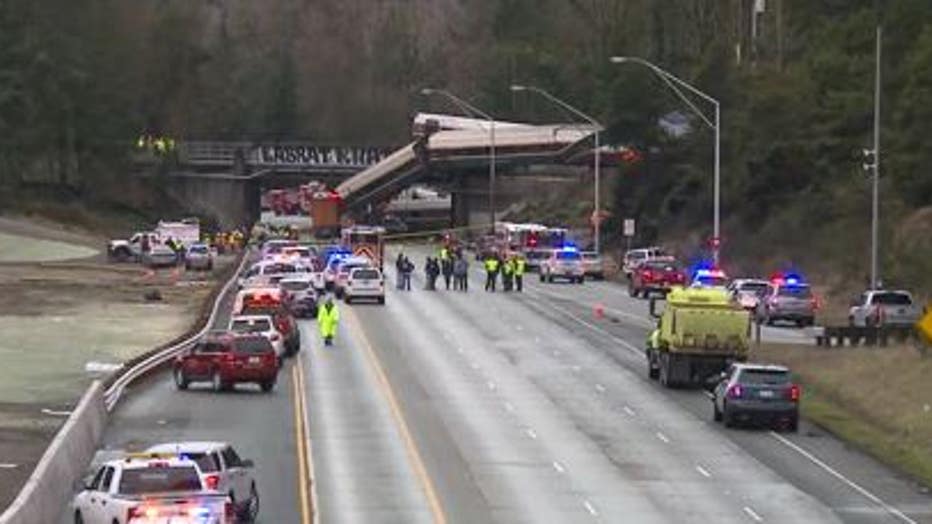 The PTC system was activated on the Point Defiance Bypass in March of 2019, but the Washington State Department of Transportation said it needed time to analyze the National Transportation Safety Board's (NTSB) final report on the accident and safety measures taken since. Services were expected to be restored in 2020, but that was delayed due to the coronavirus pandemic.

RELATED: 'You can’t put a price on human life': Explaining PTC and other oversights

The Federal Railroad Administration (FRA) conducted its final review last week in hopes of getting the passenger trains running on the tracks paralleling I-5 before Thanksgiving 2021.

A total of eight trains will use the Bypass daily, with additional trains added in the months ahead as COVID restrictions ease.

The inland bypass parallels I-5 between the Tacoma Dome Station, Lakewood, JBLM, DuPont and Nisqually.

You can get tickets for the new route here.

Judge says Amtrak was liable for the deadly derailment, not the engineer

A judge has ruled that Amtrak is strictly liable for the claim of its engineer who sued for his injuries after a deadly 2017 derailment south of Tacoma.

Editor's note: The above video is from previous coverage of the deadly derailment.