According to the AG’s Office, Ana Caroline Pinto do Nascimento, who owns ACN & Associates, LLC, has been targeting Portuguese-speaking immigrants from Brazil for financial gain.

SEATTLE - Attorney General (AG) Bob Ferguson announced on Wednesday that a lawsuit has been filed against a Seattle business after they were caught charging thousands of dollars to immigrants seeking asylum in the state, and then abandoning them in immigration court.

According to the AG’s Office, Ana Caroline Pinto do Nascimento, who owns ACN & Associates, LLC, has been targeting Portuguese-speaking immigrants from Brazil for financial gain. Four people have filed complaints, saying that Nascimento tells families she will represent them in immigration courts, but then never shows up. On top of that, when these victims ask for their money back, Nascimento refuses or delays the process. 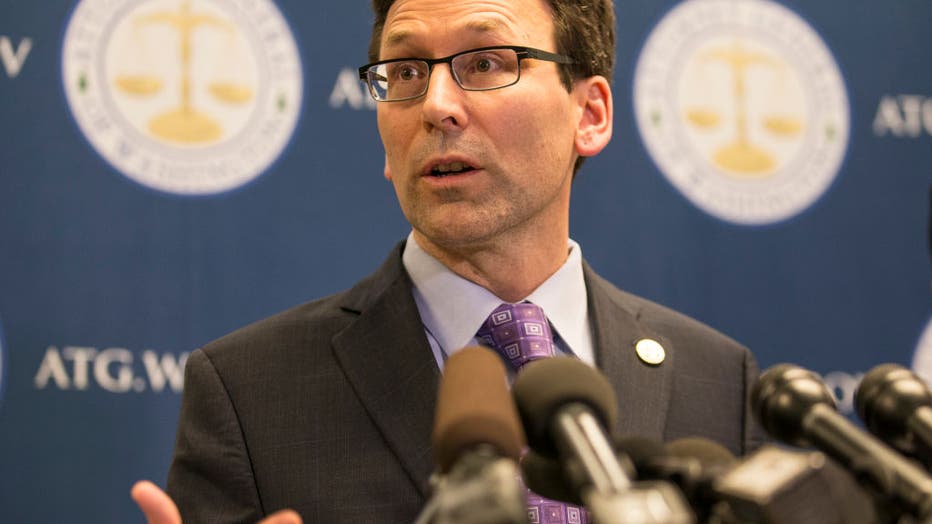 After investigating Nascimento, the AG’s Office discovered that she is not a licensed attorney in Washington state, and has no educational background in law.

"Ana Nascimento preys on immigrants’ hopes to find asylum or work in our state then abandons them when they need her most — when they’re standing before an immigration judge," Ferguson said.  "She deprived dozens of families of a qualified advocate, and cheated them out of their hard-earned money. My team will prosecute immigration scammers exploiting families who simply want to live and work in Washington state."

The AG’s office believes that Nascimento has scammed about two dozen immigrant families, and has charged them up to $6,000 for her services.

One of the complaints received by the AG’s Office was from an English-speaking acquaintance of one of Nascimento’s victims. Here is what they wrote:

"What is particularly obscene about this abuse of a helpless single mother seeking safety in the US, is that refusing to return the funds is actually preventing [her] from moving forward with competent legal representation … she could be deported because of this fraud/theft."

Another complaint came from a Brazilian man who was seeking asylum in Seattle. He, his partner, and his 9-year-old son left Brazil after their property owner threatened and imposed a curfew on them. The family had a hearing in March, and they went to Nascimento for help. However, when they went to court, nobody showed up.

The man called Nascimento and sent her messages asking where his attorney was:

"I'm here in court now, and I was supposed to have a lawyer here today. My God! I feel lost! I've already paid you $500. How do I get my money back?? Because I have to get another lawyer urgently. If not, they will deport me," the man wrote in a text to Nascimento’s assistant.

The assistant replied, "When we started your proceedings, Dr. Ana was a lawyer. Now, she is no longer a lawyer, but a paralegal."

Despite a cease and desist notice from the U.S. Department of Justice in April, Nascimento continued to operate her business. The only change that was made since the notice was issued, was that she changed her website from Portuguese to English.

According to Wednesday’s press release, Ferguson is seeking civil penalties and restitution for the families that fell victim to Nascimento and her businesses scams. A lawsuit has been filed in King County Superior Court.

Ferguson asserts that Nascimento’s actions violate the Immigration Services Fraud Prevention Act, because she is not a licensed attorney in Washington state, even though she plainly advertises immigration services.

Nascimento's website once said "expertise you can rely on" offering "immigration law you can understand." Ferguson says unlawfully selling legal services in a deceptive manner like this is a violation of the Consumer Protection Act.

Anyone who believes they are a victim of immigration services fraud from any immigration agency is urged to file a complaint with the AG’s Office online, or by calling 1-800-551-4636 between 10:00 a.m. and 3:00 p.m. Monday through Friday.