European Green Crab – a species that’s only been found in Washington since the late 1990s – don’t have any native predators, but they’re known to eat anything and everything according to Lummi biologist Bobbie Buzzell.

Invasive European green crabs continue to pose a threat to the Pacific Northwest, and Washington State Department of Fish and Wildlife (WDFW) has shared new information to help the community identify the crabs.

WDFW says everyday Washingtonians can help our community by documenting and reporting invasive European green crab sightings on their website.

European green crabs are often confused with native shore and kelp crabs. While the key indicator of a green crab is its color, they can also appear yellow or orange, especially on their underside, legs, and claws. 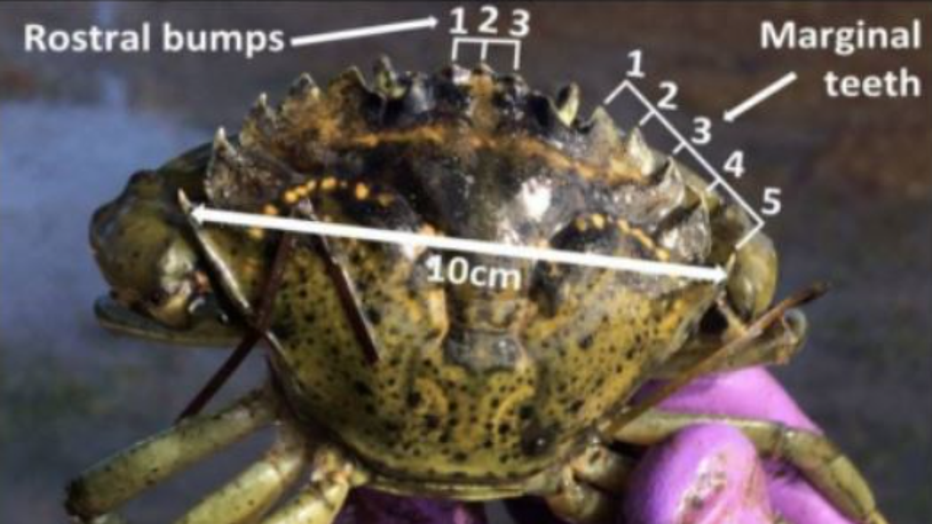 According to Washington Sea Grant Jeff Adams, counting the five "teeth" on either edge of their shell is the best method to distinguish green crabs from other noninvasive species.

European green crabs thrive in shallow water and soft sediment, which Washington’s estuaries provide. And over the past two years it seems the populations of green crab are exploding, especially on the coast. 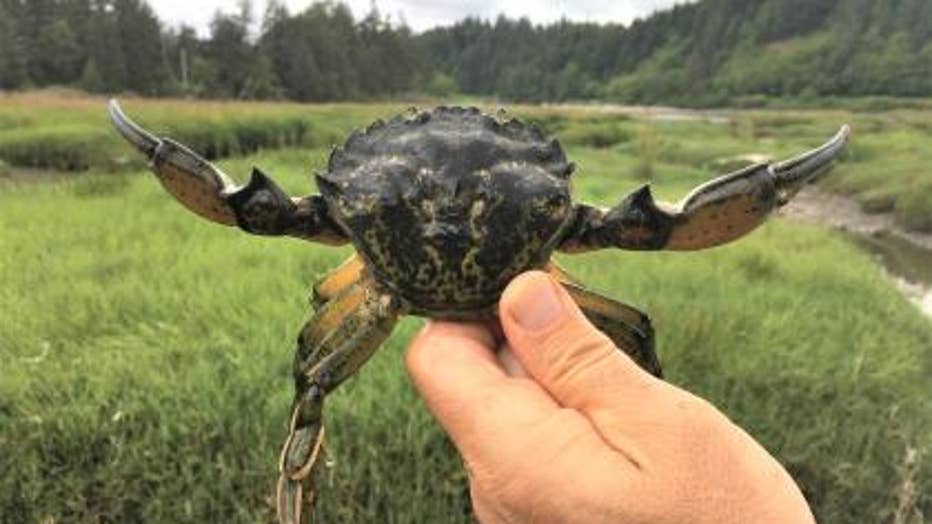 According to WDFW’s website, European green crabs are a globally damaging invasive species that pose a threat to Washington's economic, environmental, and cultural resources. Potential impacts include destruction of eelgrass beds and estuarine marsh habitats, threats to the shellfish industry, the Dungeness crab fishery, salmon recovery, and other ecological impacts to food webs.

The Washington Department of Fish and Wildlife has allocated some $2.2 million to fighting the spread of European green crabs. That’s more than a third of its $6 million aquatic invasive species budget for the 2021-2023 biennium. 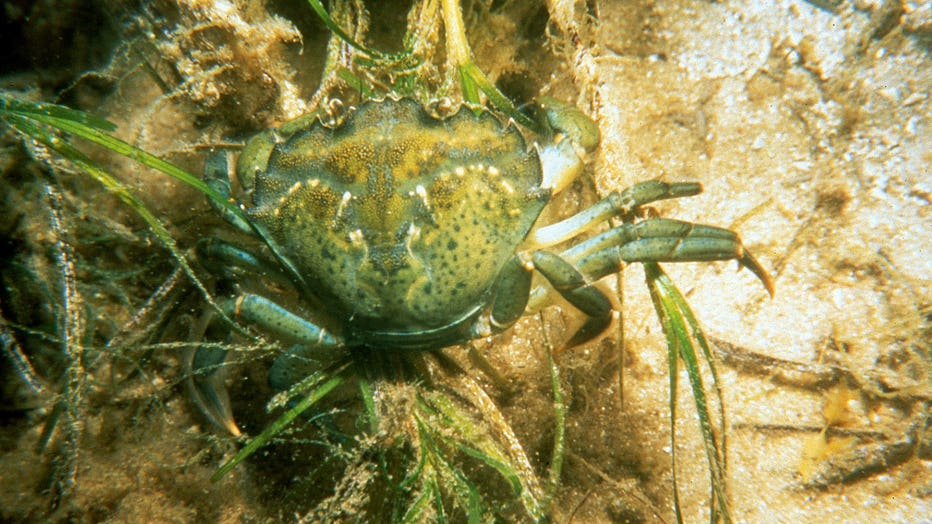 Among the places where green crabs have been spotted, Makah Bay, south of Cape Flattery on the Olympic Peninsula has reported green crab sightings since 2017.

Arianne Akmajian, a marine ecologist with the Makah Tribe, says the only way to contain the spread of European green crabs is through labor-intensive trapping and monitoring. And they’re likely a threat – like a virus – that will never go away completely.

Washington Department of Fish and Wildlife’s announced that it was temporarily halting recreational fishing and shellfishing statewide.