TACOMA, Wash. - A Puyallup father and his two sons were arrested on Monday and charged for their alleged involvement in the U.S. Capitol riot on Jan. 6, 2021.

After the rally, the family of three was seen on Capitol surveillance footage breaking into the building and participating in the insurrection, according to charging documents.

Detailed in 20 pages of court documents, freeze-frame surveillance photos show Dylan breaking a glass window pane before entering a broken window to get into the Senate Wing of the Capitol. Charging documents say he caused $774 worth of damages. 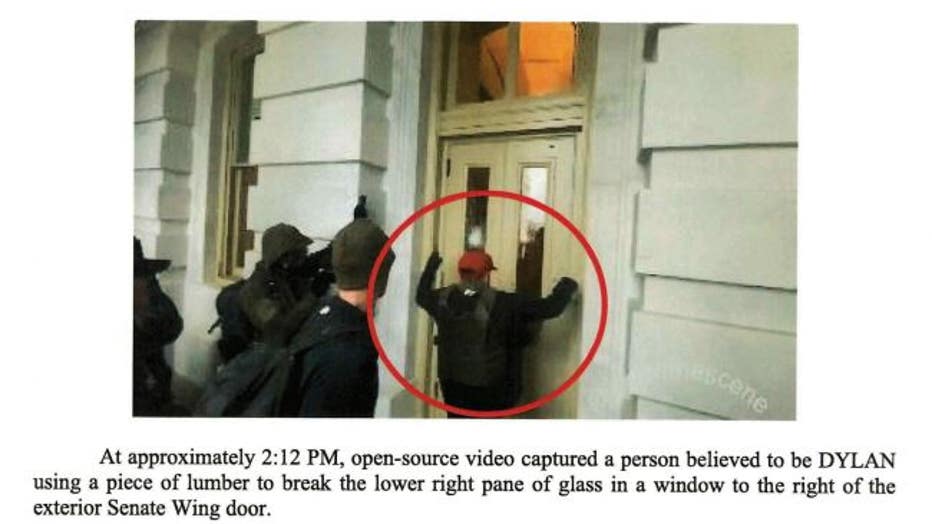 Dylan and his brothers then supposedly smoked cigarettes once they were inside.

As of June 13, the three were charged with several misdemeanors, including destruction of government property, acts of physical violence on restricted property and disorderly conduct, among others. 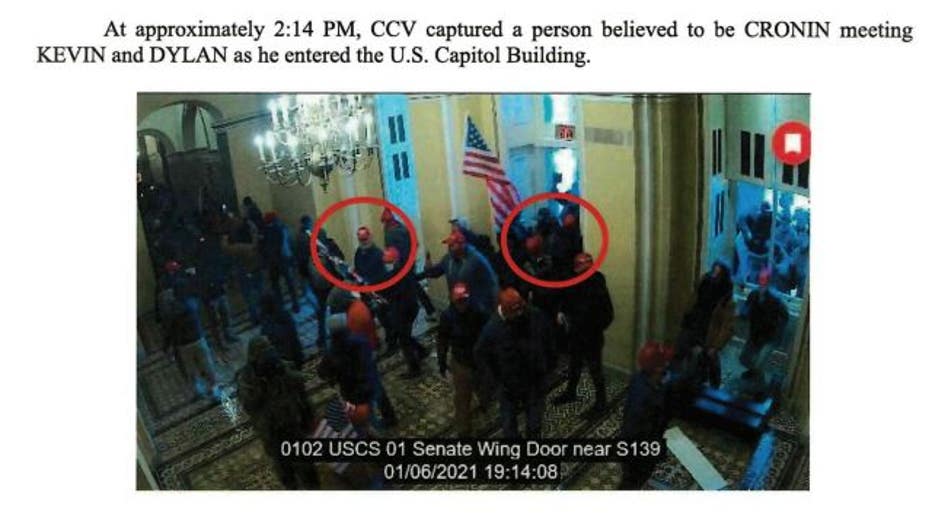 According to the charging documents, the elder Kevin is an employee of the U.S. Postal Service. His two sons are both in the military.

So far, more than 840 people have been charged with crimes, and that number continues to steadily grow, according to an FBI database on the Capitol violence. The FBI has estimated that 2,000 people may have been involved in the attack that day.

At least nine other Washingtonians have been charged for their alleged involvement in the Capitol riot, including a Proud Boys leader.

Just last week, a father and son from southwest Washington accepted plea deals with federal prosecutors for entering the U.S. Capitol with a pro-Trump mob during the Jan. 6 insurrection.

Jeff and Jeremy Grace appeared in selfie photos inside and outside the Capitol Building during the insurrection, according to prosecutors.

Jeremy Grace pleaded guilty in April to one count of entering and remaining in a restricted building or grounds, KGW-TV reported. As part of the plea deal, federal prosecutors agreed to drop three additional charges. His father is facing similar charges.

In December of last year, another Puyallup resident, Devlyn Thompson, was sentenced to nearly four years in prison for assaulting a Capitol police officer with a deadly weapon.