2 classic Fords recovered after being stolen from Bonney Lake home

Several suspects have been identified and the investigation is ongoing.

Several suspects have been identified and the investigation is ongoing. No arrests yet.

Puget Sound Auto Theft Task Force detectives say they recovered the stolen 1933 Ford pickup on Thursday thanks to a Q13 News viewer tip to Crime Stoppers of Tacoma-Pierce County.  It was found in a barn in Pierce County.

The blue Mustang and Ford truck were stolen from Barbara Lauderdale's home on June 9th.

"I feel like right now my dad’s watching over us and I think it’s one of the best father’s day presents he could have," said Lauderdale.  "I could not thank them enough for everything they have done and for keeping me in the loop of everything they did. It’s amazing what they did," she added. 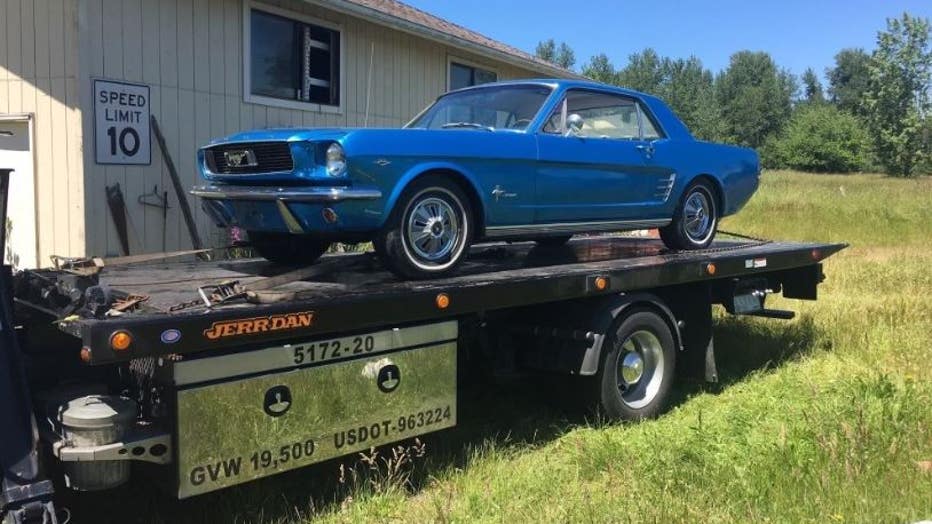 Photo of Ford Mustang recovered from shed after being stolen the week of June 10, 2021.

"It means a lot because it's part of my dad. My dad passed away, so that's really a lot of remembrance of me and him growing up watching him working on the cars. We would drive them around the parades. It's a big part of our lives that you've taken and that's my brother, that's us, that's our dad. That's my mom's life and you've gone in there and taken what we have," said Barbara. 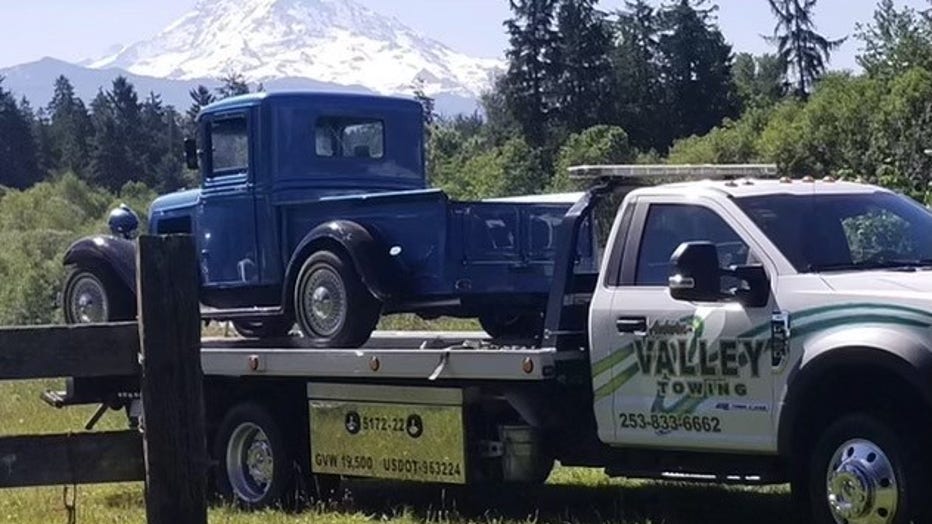 Ford pickup recovered after being stolen from Bonney Lake home.

A neighbor's surveillance camera got video as the thief drove away in the Mustang while towing the 1933 Ford.

If you have any information regarding these thefts, please contact Bonnek Lake PD Tip Line at 253-447-3231 or detective@cobl.us. You can also message the Auto Theft Task Force - Puget Sound on Facebook or text a tip to Crime Stoppers through the P3 Tips App on your cell phone.