BELLINGHAM, Wash. - Two men are facing charges after they were caught smuggling 91,000 fentanyl pills inside potato chip containers and boxes in Whatcom County earlier this month.

According to Homeland Security Investigations Pacific Northwest (HIS), special agents, along with the Whatcom County Sheriff’s Office, learned that Juan E. Hernandez-Hernandez and Alejandro Macias-Velazquez had connections to a criminal organization responsible for importing bulk quantities of illegal drugs into the county. 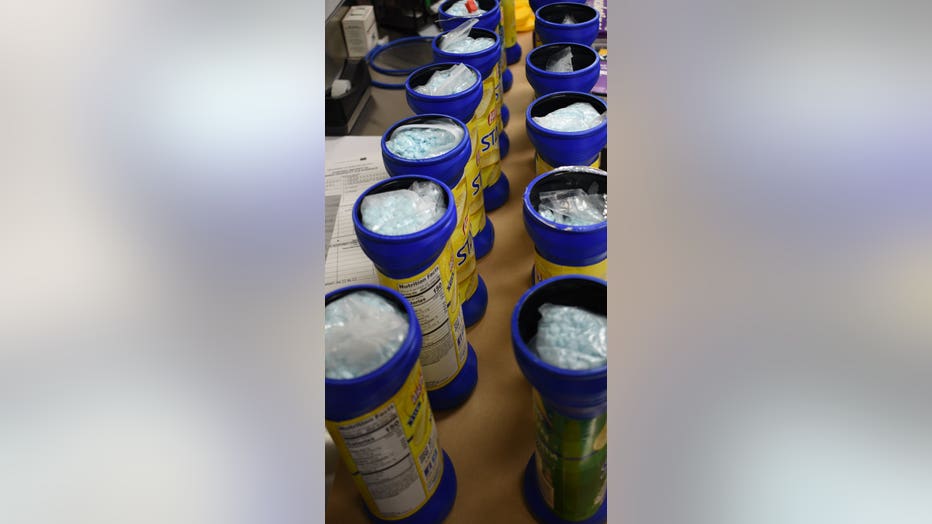 During the investigation, HSI special agents learned that Hernandez-Hernandez had ordered 91,000 pills to be delivered to him in Bellingham. Special agents later observed Macias-Velazquez arrive in a parking lot to deliver a duffel bag.

Authorities say when they arrived at the scene, they discovered the duffel bag had 10 kilograms of fentanyl stuffed inside cardboard boxes and empty Lay’s Stax potato chip containers. Both men were arrested on site.

"Street sales of illicit forms of fentanyl are resulting in deaths in Whatcom County and across Washington," said Whatcom County Sheriff Bill Elfo. "The street price of the drug has plummeted and it has become widely available in our local community. The Sheriff’s Office works very closely with Homeland Security Investigations and other partners to disrupt the organized criminal enterprises that traffic in this drug. This case illustrates the successes that can be achieved in combatting the proliferation of fentanyl when local and federal law enforcement combine forces."

According to HSI, the case is being investigated with assistance from the Whatcom County Sheriff's Office, and Customs and Border Protection's Air and Marine Operations.