A Tornado Warning is a rare thing in Western Washington, and an alert sent earlier today startled thousands in Kitsap County.

SEATTLE - No Tornado Warnings were issued Tuesday morning for Seattle despite many people receiving emergency alerts on their phones. 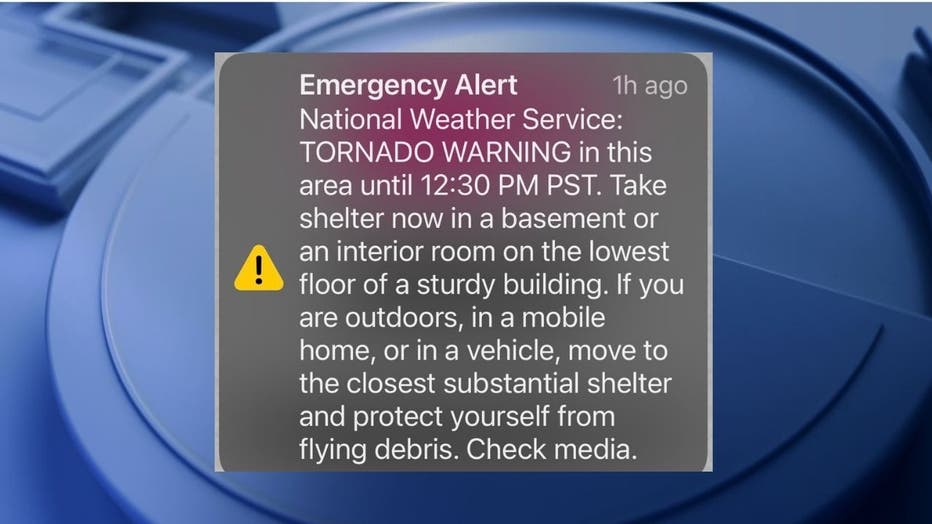 On social media, the National Weather Service in Seattle emphasized that there were no tornado warnings for Seattle.

"There is still the threat of severe weather in the area today so stay alert," the tweet said.

High-wind advisories were issued for the Seattle metro area, areas along the Washington coast and the Cascade Mountains.

Winter storm warnings were issued for the Cascade and Olympic mountains above 3,500 feet. The National Weather Service said people should expect difficult travel conditions with gusty winds and snow and compact ice on roadways.