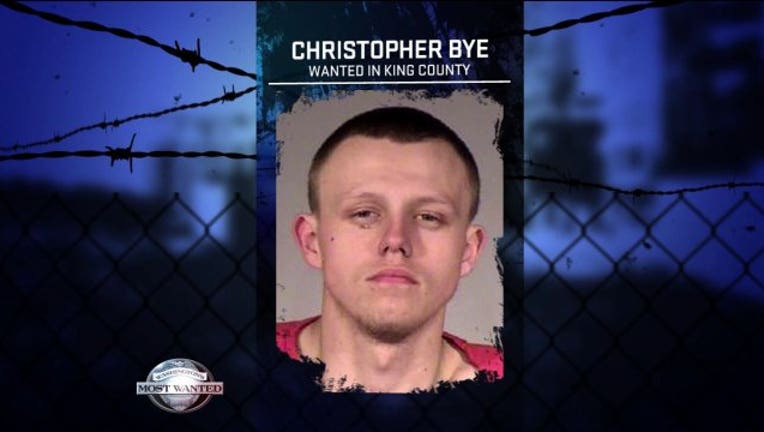 FUGITIVE CAPTURED April 15, 2013 -- Thanks to multiple WMW viewer tips called into Crime Stoppers of Puget Sound, the Skagit County Sheriff's Office says they got a call from a King County detective with information on where Christopher Bye was hiding. Skagit County deputies found him and arrested him. FUGITIVE WANTED IN KING COUNTY April 5, 2013 -- King County detectives need your help putting the brakes on accused prolific car thief, Christopher Bye. “He has an active warrant for possession of a stolen vehicle,” says King County Sgt. Cindi West. “In addition, we also want him on another case that we're working on, where his prints were found on a stolen vehicle. And, he's linked to three other stolen vehicles in the southwest part of King County." Here are the details on CHRISTOPHER BYE: