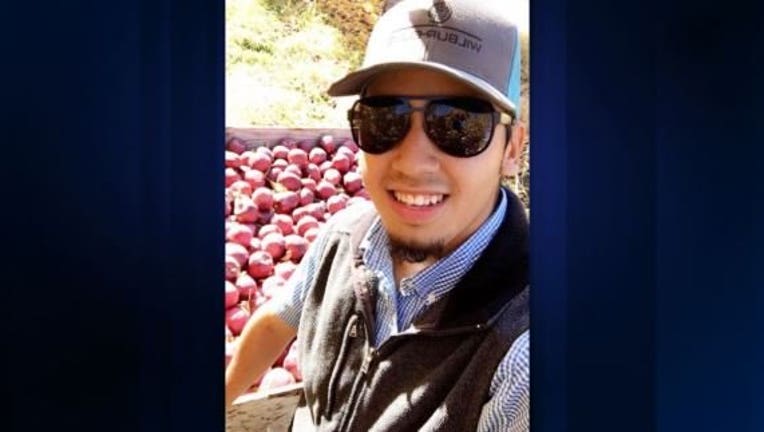 That's the question his family is so desperately hoping you can finally answer for Yakima Police.

It has been more than a year since detectives say Gerardo was gunned down in cold blood by a suspect in the red shoes seen running from the murder scene.

Yakima Police describe the killer as young and Hispanic with long, wavy hair at the time.

Gerardo was shot and killed inside his car on October 5th, 2018, at the intersection of south 15th and Burwell St. in Yakima.

Detectives say the video shows the suspect walking towards the intersection right before the shooting -- and then running away right after Gerardo was shot while driving his car. He crashed into a fence and died.

“We have no success trying to identify that male who was running from the scene. Other evidence indicates that this was possibly drug related, so we're asking for the community's help with this,” said Yakima Police Det. Ryan Yates. “Super great family. Obviously, nobody deserves this, so we're asking for help to identify this male that's running from the scene and that can possibly help us bring closure to this family.”

And, right now, the wound for Gerardo's family is wide open. “My brother was a very outgoing person,” said Gustavo Camacho, Jr. “He was always looking out for others, helping out my parents around the house and making sure that they're okay. He would put others in front of him, like beforehand and he loved being outdoors, he loved working out in the orchards, agriculture and he always dreamed about one day owning some orchards. Anything helps and it will be one step closer to figuring out who did it and the main reason we want to know too, is just to find out why? Why they did that to my brother? Help us solve this case and bring some closure to my family, especially my parents, my mom, my dad, and everyone."

If you recognize the suspect, or know anything at all that can help identify him for Yakima Police detectives, use the P3 Tips App on your smart phone to submit the information to Crime Stoppers, or call the hot line at 1-800-222-TIPS(8477). It's always anonymous -- you never give your name -- and you will get a cash reward of up to $1,000 if your tip helps lead to an arrest in Gerardo's murder.