MUKILTEO -- You wouldn't know it to look at him now, but Tyler Ware was Washington's Most Wanted Capture #806. It became the turning point in his life, now he's a hard-working union carpenter, boyfriend and father raising a son – rewriting the wrongs of his past and telling his story of success in hopes it will bring help to others battling addiction. 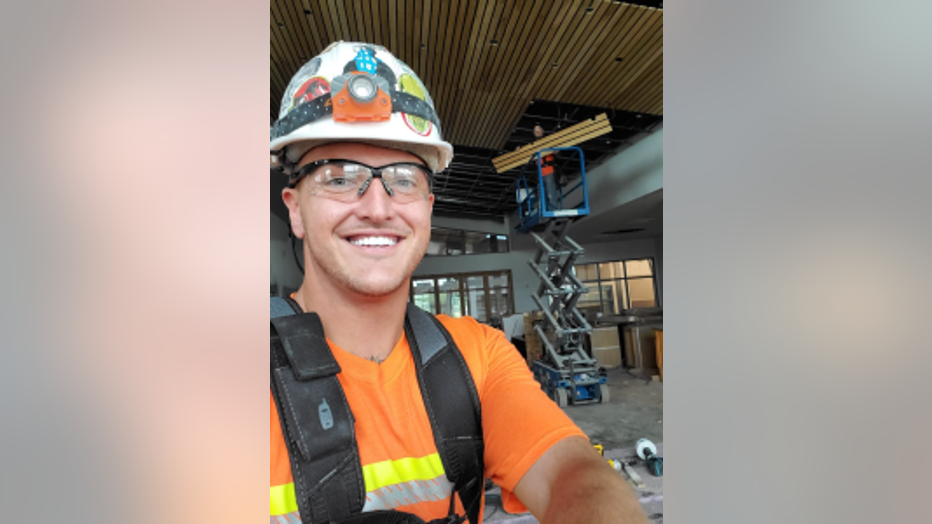 Every story has a beginning and every story has an end, but sometimes, the middle can get messy. In the circle of life, Tyler knows the past can be painful, but if our value is measured by the company we keep now, then the innocent moments with his son are priceless. "I know that he's watching every time that I do anything. Every time that I wake up, go to work, come home, so I gotta set a good example, you know?"

Tyler's life now revolves around his family, but first he had to break the cycle of crime. "I was convinced that addictions and jails and institutions, that was it."

By age 21, Tyler was using meth and then Heroin. "I was acting reckless." Up for a week, or more without sleep, in and out of jail. Deep down he hated himself. His addictions. His life. “He always would be so upset, I want you to be proud of me one day,” said Tyler’s mom, Lana. She worried she'd never see him again. “Wondering where he is, if he was shot? If he was running? If he's robbing?” Lana said.

Tyler Ware: From Reckless to Redemption

Then, the day neither will ever forget -- September 1, 2016 -- when Lynnwood Police say Tyler almost ran over an officer and he became one of Washington's Most Wanted fugitives -- considered ‘armed and dangerous.’ “And I go, ‘Oh, what's this?’ And, I clicked on it and I dropped my phone and I was just like, ‘Oh my God! I was like, Washington's Most Wanted? Really?’ Reality set in." It was the day after his 25th birthday. "When I was living that life, I was a criminal, but I remember reading it and I was like, this is about me?"

Fearing withdrawals in jail, he refused to surrender. "When you're backed into a corner and you have nothing to lose, not one thing, imagine the things you are capable of then,” Tyler said.

His run from the law finally came to an end on 196th St. SW in Lynnwood after a pursuit from police ended with two patrol cars damaged. “I remember just looking around and I was like, ‘This is it.’ Guns were drawn,” Tyler said. With a rap song about being a repeat offender blaring loudly in his car, officers closed in -- putting an end to his gangster lifestyle. "I was so scared they were going to shoot me and I remember they said, ‘Back up towards our voice!’ And I said, ‘Nope!’ I just laid flat on the ground and I spread my arms out.”

Then, the heartbreaking loss that started to change it all: The murder of Josh Werner in Edmonds. "He was my best friend and when I heard that happened, it really affected me,” Tyler said. Now, Tyler wants to live a good life for both of them. It was the final push he needed. He's been clean and serene for more than 3 years, raising a son with Josh's sister after the two bonded over her brother's death, planning a life together in recovery. I asked them if the couple that goes to meetings together, stays together? Tyler’s girlfriend, Christina Zawaideh, said, “I drug him. I drug him to the one the day he got out of prison.”

But success takes strength in numbers. Dave Bartone says he didn't get clean until he was almost 50 years old. “I know a bunch of Tyler's. I was out there with them. One of the first things you lose in addiction is your dignity,” said Bartone. Now, he and Tyler are building back their sense of pride, working as union carpenters making things, instead of stealing them. “I'm living, breathing proof that we do recover, we do and we can. The main thing is you really have to want it,” said Tyler. 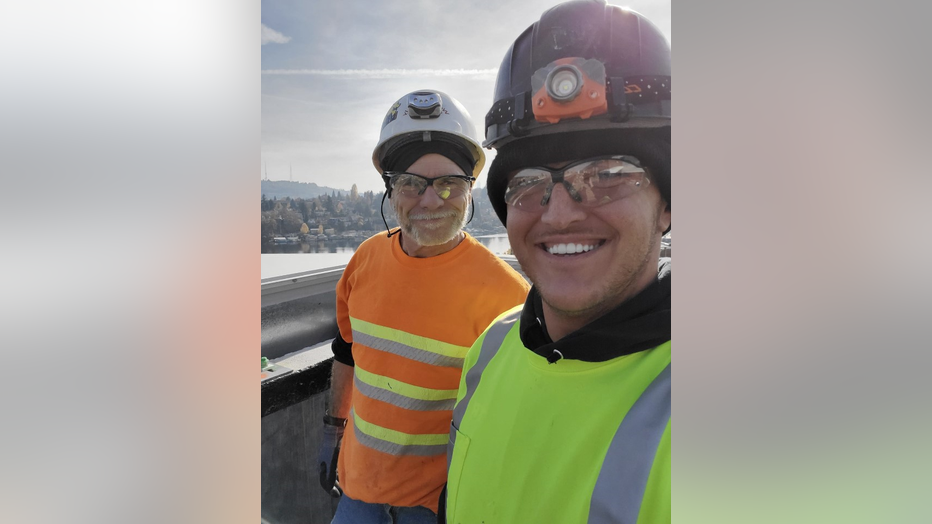 Tyler Ware and Dave Bartone working together as union carpenters

It would have been easy to just write Tyler off as another fugitive caught, but like a diamond in the rough is nothing special at first -- with enough pressure and polish -- it starts to reveal its shine. Tyler’s mom said to her son, “You make me proud now and everyone else around you. We all love you, love you so much.”

As of last month, Tyler is no longer being supervised by the Department of Corrections, in fact, his officer says he has been a 'poster child' with zero issues.

And, I got an email from Lynnwood Police Sgt. Jason Valentine, who spearheaded their search for him. He said, "Tyler Ware was a dangerous and prolific offender who, for the sake of public safety, needed to be apprehended and taken off the street. For us to learn that he has changed and is now a responsible, well-functioning and contributing member of society is very encouraging. I wish him the best and hope he continues making good life decisions while maintaining sobriety. It appears that in this case, the system worked. Success stories like this are tremendously motivating for us. This truly is why I do what I do."

Every story has a beginning and every story has an end. Sometimes, the middle can get messy, but now, Tyler is rewriting his wrongs with new chapters of success. "This is like living a dream to me. To wake up, go to work, come home, eat dinner, go to sleep, wake up, repeat.” To circle back to what matters most, all he has to do is look around. Tyler says, "The beauty behind going through all that struggle is that you can really come to appreciate this normalcy that we have in life today."