BELLEVUE -- Bellevue Police arrested Kyle Santorno aka 'KO' Monday morning after an alert citizen called officers about a man sleeping in the stairwell of his business.

"This was a combination of good police work and someone who saw something that didn't look right, gave us a call and we were able to make the arrest," said Bellevue PD Officer Seth Tyler.  At first, officers didn't realize Santorno had been featured on Washington's Most Wanted.

"It was actually one of our courts in custody officers that had seen a bulletin that that subject was wanted in Seattle for 1st degree Robbery and it was at that point that we called Seattle, notified them that we had their suspect in custody and he was turned over to Seattle detectives," said Officer Tyler.

Santorno was booked into the King County jail on a bench warrant for failure to appear in court for Vehicle Prowling and for Investigation of Robbery. He is being held without bail.

WANTED IN SEATTLE --
A warning for drivers: If this guy with the words ‘Cash Out’ inked on his neck comes asking for a ride -- hit the gas!

Seattle Police say Kyle Santorno – a.k.a. ‘KO’ -- turned a good deed into a violent armed carjacking -- getting a ride in the Northgate area from a woman who was living out of her car with her dog. Her friend followed them in another car to a nearby home where detectives say a guy named ‘Shorty’ was waiting to rob them both with Santorno.

"The suspect that got the ride pulls out a weapon and he demands their keys, their money, their wallet, everything they can, so they start putting it out on a counter, they're trying to hide the keys and one of them kind of talks to him, like, 'I don't want you to' and he takes the pistol and just smacks her alongside the head. Doesn't knock her down, but he hits her pretty hard. So, they then take all the stuff, stuff it in their pocket and the two of them leave, but before they actually go out the door, the taller one says, 'We'll get your dog for you and bring it back and that seems to satisfy these two females. So, they exit, go to the cars, both cars are taken, they do not take the dog back in and they just disappear,” said Ret. Det. Myrle Carner with Crime Stoppers of Puget Sound.

The victims called 911. Both vehicles and the dog were later recovered and returned to the women.

Santorno was multiple warrants for his arrest and a long criminal history. "He's got a record for carrying weapons. He's got drug violations. Traffic violations. He's just kind of an all-around kind of puke, so to speak and it bothers us, he's out there on the street. Is he going to do it again? Probably. And, is he going to pick on homeless people? Probably, that's who he figures are the ones that are the least going to bother him. So, he is dangerous. He is armed and we need your help,” said Carner. 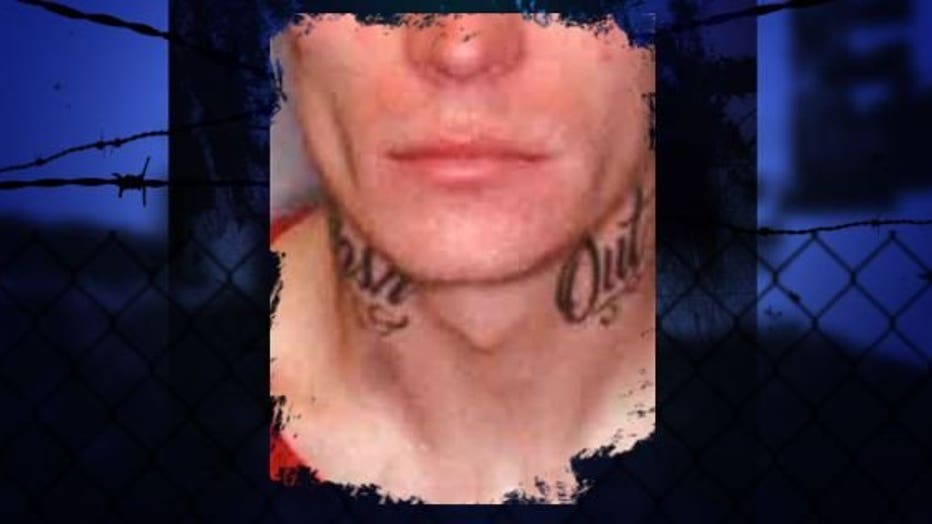 Detectives say he was spotted Monday morning at the Jack In The Box on Lake City Way.

If you know where he's hiding now, use the P3 Tips App that you can download for free on your smart phone to submit the information to Crime Stoppers, or call the hot line at 1-800-222-TIPS(8477). It's anonymous -- you never give your name -- and you'll get a cash reward of up to $1,000 if your tip helps lead to his arrest.